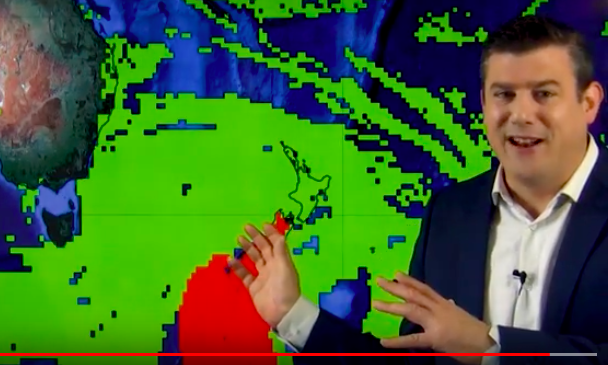 The next couple of days will see southern places warming up further but itâ€™s ahead of a big cold change sweeping in next week which will put single digit daytime highs back into Southland, Otago and perhaps even as far north as Canterbury.

Blustery winds and snow will also be in the forecast and this is an early heads up to farmers with newborn stock.

In the North Island the cold may not quite make it (at least not until the end of next week) with a low forming this weekend bringing some Saturday rain to the north (but dry in the lower half of the island). Next week looks windy in the North Island with W to NW winds dominating.