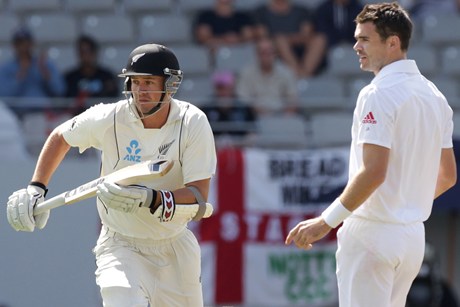 New Zealand grabbed hold of the third cricket test by the scruff of the neck yesterday with Peter Fulton scored his second ton of the match and the New Zealand bowlers chipped away late in the day to snatch four English wickets.

Today sees New Zealand needing six more wickets for victory or England could bat all day for a darw as a win is high unlikely.

The weather throughout the four days of the test has been dry and today likes like it will continue that pattern.

A few cloudy areas perhaps but sunshine should be the main feature with only a low risk of a tiny, isolated shower.

It’s been warm and a little humid and the Barmy Army from England have needed to slip, slop, slap and wrap under the harsh sunshine.

Temperatures should near the mid twenties and yesterday was a very comfortable twenty five degrees with not too much wind about.

If New Zealand can seal the game today it will be their first home series win against England for thirty years.