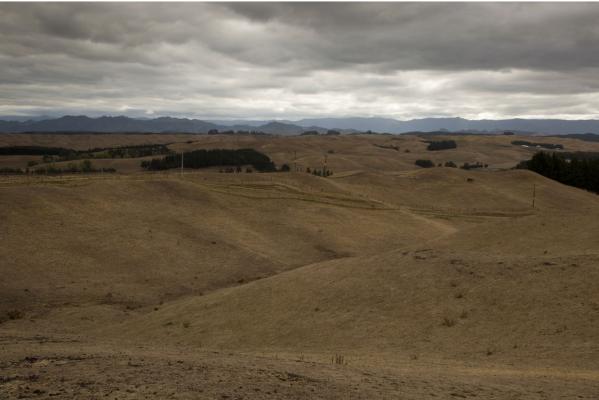 It’s almost like a battle of wills fighting it out over the next week or two as a cyclone near the Coral Sea remains offshore this week alongside tropical disturbances well to the north of New Zealand but tussling with a stubborn anticyclone over our shores.

At some point one of these systems are going to win. Will it be a rain-bearing system with northern origins that’ll swoop down over us to provide rain relief or will the anticyclone refuse to give an inch and keep drying out our nation?

Time will tell however again there are signs that there’s a change in the big picture.
The battle is currently being won by the big ridges of high pressure but how long can this pattern keep soldiering on?

Head Weather Analyst of WeatherWatch Philip Duncan puts it this way- “The most important weather battle of the year is going on north of New Zealand” he says.
“This developing cyclone looks as though it will remain in the Coral Sea for at least a week – the rain maps at WeatherWatch show the highs over NZ battling with the tropical rain makers in the north. The rain makers are trying to reach the country and will reverse the droughts – the highs are making droughts worse and are keeping these tropical lows away” Mr Duncan says.

WeatherWatch sees that later this coming week and into next week the fight is all on and to summarise it could best be put this way according to Weather Analyst Richard Green.
“Highs over New Zealand up against tropical lows north of us. If the highs come out on top- we have more droughts declared into April sadly but if the lows get the upper hand well droughts will end in the north and greener pastures return.
It really is a crucial time for New Zealand and we’re potentially at a turning point over the next few days”he says.

In the meantime as the drought and big dry continue to bite further regions this week are likely to be declared drought zones such as Taranaki, Rangitikei, Manawatu and the Wairarapa.

The week ahead remains mostly dry and warm over much of the north whereas most of the action remains offshore….for now.

You could be right Richard and if it does all could be forgiven!

Is this current weather pattern unusual from a historical perspective? It seems like we have had quite an unnaturally dry period for NZ over the past three months.

Yes it is unusual to this degree and especially when there is no leaning towards either an El Niño or La Niña phase.

Some areas have received very little rain for three months.

thanks for your query