Weather records – what are the hottest, driest, coldest places on earth? 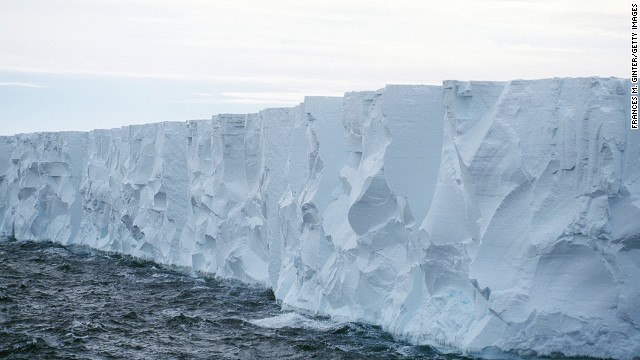 Atlanta was officially colder than Sochi, Russia, and an escaped jail inmate turned himself in so that he could warm up — that’s how cold the U.S. has been this week.

With the country swept with unforgiving weather since December due to a distorted polar vortex, Brimson in Minnesota plunged to minus 40 C on Wednesday while Chicago saw its record low of -27 C on Monday.

As dangerously cold as it seems to be, however, it’s (fortunately) still a long way from beating the world’s lowest temperature record.

“Everybody is interested in extremes — the hottest, the wettest, the windiest — so creating a database of professionally verified records is useful in that fact alone,” says Randall Cerveny from the World Meteorological Organization (WMO).

With that in mind, what other extreme weather records are there? Cerveny helped us pick out a few highlights from around the world.

According to WMO, the lowest temperature noted was -89.2 C, recorded on July 21, 1983 in Vostok, Antarctica. Yes, Celsius, not Fahrenheit.

With an average high of 46.7 C in July, summer in Death Valley, California, can be baking.

But it was the summer of 1913 that entered the record books, acknowledged officially as the hottest temperature ever recorded (at 56.7 C) in recent years, according to WMO.

Greatest rainfall in one minute, Unionville

This record is owned by Unionville, Maryland, United States, when on July 4, 1956, 31.2 millimeters of rain fell in one minute.

To give you an idea — in sub-tropical Hong Kong, the most severe black rainstorm signal will be hoisted if the rainfall exceeds 70 millimeters in an hour.

The biggest rainfall in a day occurred with the passage of Cyclone Denise in Foc-Foc, La RÃ©union, an island in the southern Indian Ocean. Some 1.825 meters of rain fell over 24 hours, from January 7 to 8, 1966.

The heaviest hailstone was discovered during a hailstorm in Gopalganj, Bangladesh on April 14, 1986. The storm killed 92 people and included one hailstone that weighed 1.02 kilos.

The longest dry period in history was measured in years. There was not a single raindrop in Arica, Chile for more than 14 years, from October, 1903 to January 1918 — a total of 173 months.

The Old Faithful geyser, with an average eruption height of 44 meters, is 20 meters short of Geysir Andernach.

The Old Faithful geyser, with an average eruption height of 44 meters, is 20 meters short of Geysir Andernach.

Cold-water geysers are different from naturally occurring hot-water geysers. The cold underground water erupts from a drilled well. The Andernach well is more than 350 meters deep.

The Kolyma Highway (M56) in Russia is the coldest road on earth — temperatures once plunged to -67.7 degrees C.

A section of the 2,031-kilometer highway is called the “Road of Bones” to commemorate the prisoners from the Sewostlag Labour Camp who died constructing the road and were buried beneath it.

You don’t need to live in the polar regions to be stuck in the middle of a vast ice field.

The largest ice field outside the Poles is Yukon Territory in Canada, inside the 21,980-square-kilometer Kluane National Park and Reserve.

No, not the Sahara.

A desert is defined as an area that has no or very little rainfall. The largest desert in the world is Antarctica, which is 14 million kilometers squared and records only 50 millimeters of precipitation per year.

The 9.1-million-kilometer-square Sahara, according to Guinness World Records, is only the biggest hot desert.

Inhabited place with the lowest temperature

The coldest permanently inhabited place is the Siberian village of Oymyakon, Russia.

The temperature once dropped to -68 C in 1933 — the coldest temperature recorded outside Antarctica.

Regarding high temperature records, the old ones quoted for both Azizia (1922) and Death Valley (1913) are regarded as dubious – in fact the Azizia one has been disowned by the Libyan met. office. Needless to say, both will be re-quoted on the internet for may years yet. No reading above the 53.9C that has been recorded in Death Valley in more recent times has been fully accepted as sound.

Very interesting. You guys should do one of these for New Zealand extremes