Weather not too exciting today 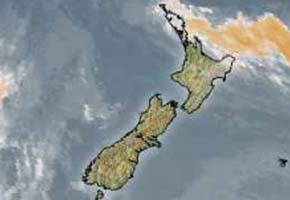 It’s a bit of a run of the mill day across New Zealand today in terms of the weather, no extremes either way. There are some nice warm sunny pockets out there, Nelson is having a great day and has reached 16.7 degrees recently with mostly sunny skies. On the West Coast of the South Island winds are light and skies sunny, a webcam here in Fox Glacier shows the development of a few clouds on the ranges there due to some afternoon heating which is quite interesting to watch.

Southland also is having a day with little wind and is nearly on 15 degrees. The top temperatures are coming out of the Bay of Plenty with high’s sitting on 17 degrees, it is a little breezy from the southeast there averaging 20km/h but it will be this breeze coming off the ranges to the east that will be giving a slight foehn effect.

North of Auckland skies are a bit cloudy, Northland has rain. From Kaikoura through to Dunedin the east to northeasterly breeze has picked up bringing cooler temperatures to the east coast of the South Island.

I’m looking forward to a few thunderstorms at some point to spice things up a little, early to mid next week it looks like there may be some cold upper air moving over the country so that could be a period to watch for some thundery development.

Exciting weather is pretty subjective. Very exciting weather in Christchurch today if you are into kitesurfing (or windsurfing….), even if the surf is bit flat, great winds!!!

Excellent point!!  You’ve got a lot of brisk westerlies coming over the next couple of weeks in Christchurch, unsure if that’s a good direction for where you are?