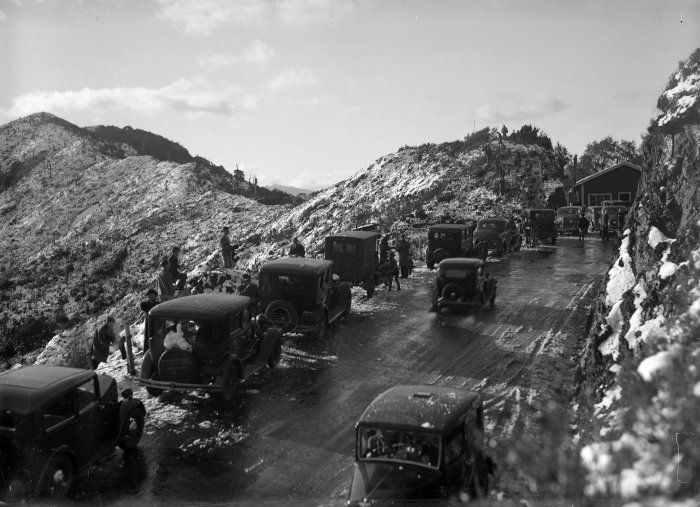 Parts of the South Island have felt the chill this week but looking back to 1977 and Otago and Southland witnessed snowflakes falling as daytime highs struggled to 3 and 4 degrees.

1911 Murchison experienced cloudless skies for 8 consecutive days and although the nights were cool, daytime temperatures neared the 20 degree mark for basically a week.

1957 Southerlies roared up eastern parts of the South Island and delivered almost 75mm of rain in South Canterbury with waterlogged paddocks and surface flooding reported on some local roads.

1899 Tremendous winds hammered parts of Europe as a very deep low descended from the Arctic which caused problems for shipping with huge swells and on land many forests were decimated.

1966 Alaska enjoyed a prolonged warm spell with temperatures up to 12 degrees above normal for October and was more reminiscent of July.

I got married on Oct 8 th 2005 massive lighting storm occurred causing power cuts  all over auckland  it was very windy. Excellent weather day and it really made the wedding memorable when hubby landed in a helicopter at the church in a thunder storm

Gee it was a full on day and one you’ll remember for a while! Thanks for sharing 🙂