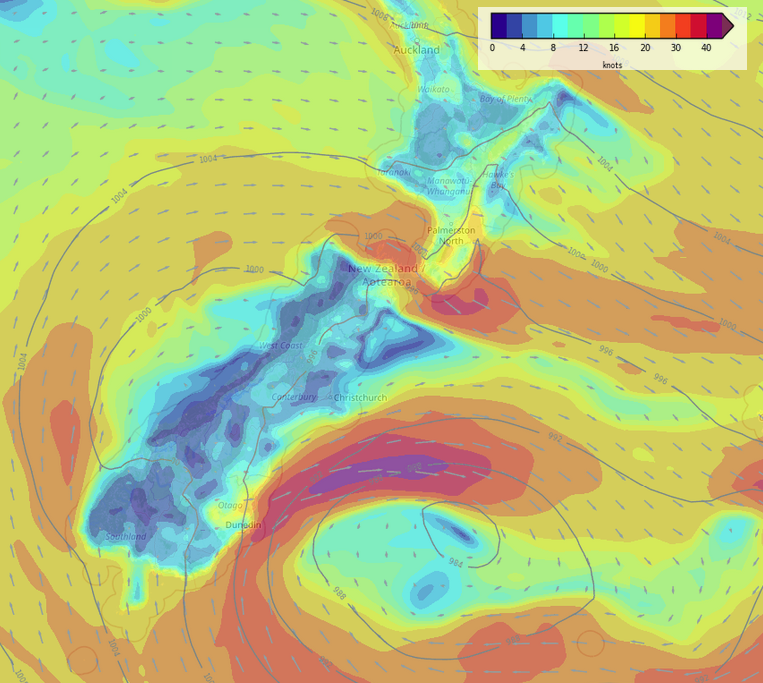 The low that caused us a fair amount of trouble yesterday is moving away to the southeast. We still have some rain for Southland and Otago though with snow to 500m. Strong to gale southwesterlies about the South Island east coast through to Banks Peninsula ease on Thursday. Strong to gale northwest winds through Cook Strait ease overnight.

The eastern North Island has a great day though with high’s in the late teens or perhaps even hitting 20 degrees in some spots.

RAINFALL NORMAL TO WET NEXT 7 DAYS

The West Coast, far south and parts of the eastern North Island are a touch wetter than normal through to the 20th July, elsewhere looks to have average rainfall. This is the continuation of unsettled weather still lurking over us for the week ahead.

Eastern regions will have drier weather coming up on average, the eastern North Island gets its wetter than normal weather thanks to a low crossing over the North Island on Thursday / Friday this week.

LOW MOVES THROUGH ON THURSDAY / FRIDAY

A low crosses over the North Island later on Thursday and into Friday, it doesn’t look to be as unsettled as Tuesday’s low was but still brings some heavy rain.