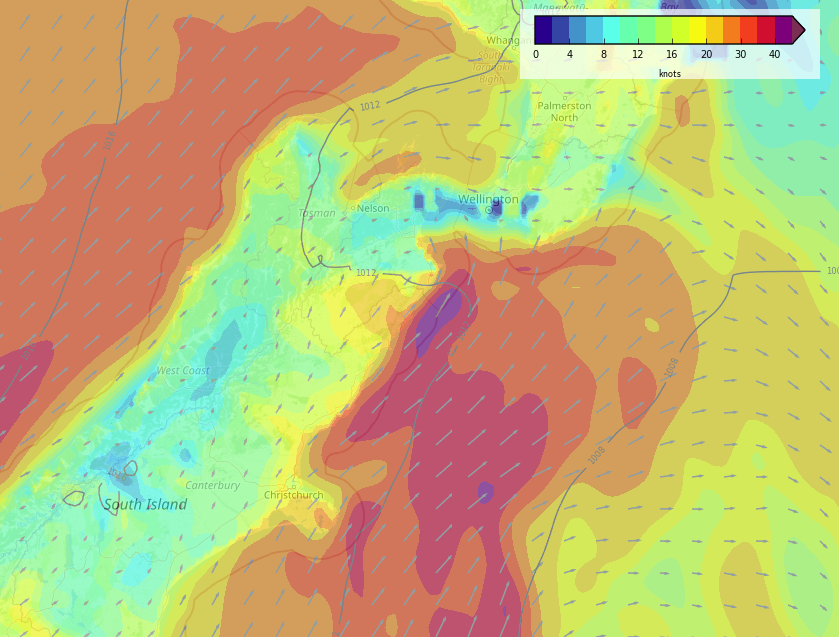 RAIN OR SHOWERS TODAY FOR MOST, GALES FOR WELLINGTON

A southwesterly airflow has spread or is at least about to spread all over New Zealand today, most regions have rain or showers but by this evening conditions will dry out for many. A few showers remain overnight for the eastern North Island especially north of Napier, about the far south of the South Island and maybe a few may linger about Nelson and Tasman. Temperatures will drop overnight especially about inland areas with light frosts possible by Saturday morning for the Lakes District in the South Island up through to the Nelson Lakes area and also about the Central Plateau.

Southerly winds this afternoon for Wellington really push through, winds will likely gust to gale for a time then easing this evening.

NEXT COLD FRONT DUE ON SUNDAY

After a reprieve in the weather on Saturday another cold front moves onto the lower South Island later in the day then pushes northwards over New Zealand during Sunday. Mostly this looks to bring showers for western regions and about the far south but a few showers eventually get into the likes of Canterbury later in the day. The eastern North Island will likely have a good day with temperatures getting into the early twenties.

Conditions through to the end of the month are looking drier than average in the east. Some parts of the western North Island may see average rainfall while other parts could be slightly drier than normal. The West Coast of the South Island, Southland and Otago look to have about average rainfall for the next 7 days.

Colours shaded in red below show rainfall that is expected to be less than normal for this time of year meanwhile blue shows areas with wetter than normal weather coming up. White is average rainfall.