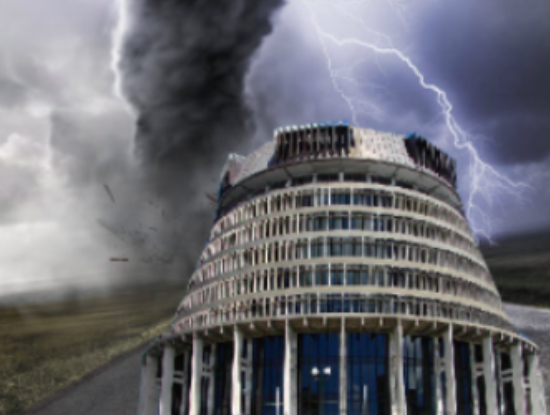 By Richard Rennie, Farmers Weekly — Nearly two years since the investigation commenced, the Commerce Commission is poised in coming weeks to release a finding on anti-competitive behaviour in the weather forecasting business.

Commenced in late 2019, the investigation was prompted by concerns raised by WeatherWatch founder Philip Duncan over access and pricing for data supplied by both NIWA and MetService.

Duncan’s long-running concerns over the accessibility of data from the organisations have been echoed by fellow forecaster Tony Trewinnard of Blue Skies Weather forecasting service.

Trewinnard says after many years in the sector he has learned to work independently of what data MetService or NIWA may or may not have available.

“I have spent a lifetime in the industry banging my head against a MetService brick wall and realising I did not need to. But having said that it should not be, it is not a good situation,” Trewinnard said.

He sympathised with data users, including farmers who may be required to pay for data, having already contributed through their taxes.

“I have no doubt MetService has justification for what they may charge and I am sure NIWA does too; both may feel their charges only cover a portion of their costs, but it becomes a self-serving situation,” he said.

Charges are attached to real-time rain radar data from MetService and live weather observations from NIWA.

Trewinnard says there has long been “grey areas” in the national meteorological forecasting model that has enabled two organisations to overlap in some service areas, including forecasting itself.

The overlap in services was noted by the Parliamentary Select Committee for Economic Development, Science and Innovation early last year.

National MP Stuart Smith questioned if the two organisations were doubling up and suggested they should be linked.

NIWA’s chair Barry Harris acknowledged the overlap, but did not believe there was duplication that demanded only one product to those who wanted to use it.

NIWA’s website continues to advertise its weather forecasting services based on six hourly, daily and monthly projections, as both an ongoing service or a one-off.

“It seemed to the committee they were trying to do the same thing and reinventing the wheel,” Smith said.

Trewinnard says the weather forecasting industry in NZ was a peculiar one, in that two large state-owned entities were vying for similar areas of interest.

Australia, for example, has a single meteorological organisation devoted to forecasting, the Bureau of Meteorology and the CSIRO for climate change research.

James Morrison, director of Weather Station, a frost forecasting service, says the Commerce Commission investigation had a sense of déja vu for him.

“What we got at the time was MetService grudgingly putting more information out on their rain radar,” Morrison said.

But Duncan says that data remains limited to only radar imagery, not the data behind it, and was also limited to the final text-only warnings issued via the system’s detection.

“All of the Five Eyes nations have real-time open data the way WeatherWatch and others have requested,” Duncan said.

Morrison says he too was concerned about whether the work of the two organisations overlapped.

“NIWA has a huge investment in climate and environmental modelling. It should be up to an organisation like MetService to use that modelling for its forecasts, if necessary,” Morrison said.

He says it was an uphill battle for small market players to secure data in a market dominated by two state-sponsored operators now.

He was also concerned that with doubling up on forecasting between the two organisations there have been disparities in reported temperatures in some centres, with each using their own data collection points to report from.

One outcome Morrison was hoping from the Commerce Commission ruling was a clearer demarcation between which organisation does what.

“Any forecasting NIWA does needs to be at the experimental-research level and daily forecasting left to MetService,” he said.

A MetService spokesperson says the service intends to fully cooperate with the Commerce Commission, but was unable to comment further while the investigation was under way. He says the service regularly engages with other weather providers supplying real-time radar graphics for use.

A NIWA spokesperson confirmed the organisation would comment after the Commerce Commission has deliberated.

This story was written independently of WeatherWatch. The featured image was sourced by WeatherWatch. You can view the original story here, via Farmers Weekly. We thank them for permission to republish their story.