Weather disasters to impact 2 out of 3 Europeans by 2100, study says 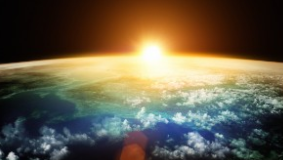 CNN — By the end of the century, two out of three people living in Europe will be affected by heat waves, coastal floods and other weather-related disasters, largely due to global warming and climate change, according to a study published Friday in the journal Lancet Planetary Health.

That’s 350 million people in 31 countries subjected to an increased risk of death and health hazards.
Overall, weather-related disasters are expected to cause 152,000 deaths a year in Europe between 2071 and 2100, jumping from 3,000 weather disaster-related deaths a year between 1981 and 2010.
The researchers estimate that 99% of future weather-related deaths will be due to heat waves. That could very well cause a spike in cardiovascular disease, stroke and respiratory diseases, the researchers suggested.
“This should be considered in light of the devastating effects of the 2003 European and 2010 Russian heat waves, where thousands died. The thought of such events occurring more frequently is frightening,” said Andrew Grundstein, a professor with the University of Georgia’s Department of Geography who was not affiliated with the new study.
Southern Europe is likely to be hit the hardest, based on projections for heat waves and droughts. Almost everyone living in Italy, Greece, Spain, Croatia, Cyprus, Malta, Portugal and Slovenia would be affected by weather-related disasters, causing 700 deaths per 1 million people annually.
By comparison, one out of three people will be affected every year in northern Europe: Denmark, Iceland, Finland, Norway and Sweden.
Other than heat-related deaths, annual coastal flooding-related deaths will rise from six to 233 by the end of the century. Droughts could also reduce the water needed for food production and basic needs for 138 million people, the researchers said.
Previous studies have pointed to population growth, urbanization and migration as drivers of disaster risk in the future.
“Our results show that for the future, climate change will likely be the dominant driver of the projected trends, accounting for more than 90% of the rise in risk to population,” said Giovanni Forzieri of the European Commission’s Joint Research Centre, lead author of the new study. “Population changes such as growth, migration and urbanization will account for the remaining 10%.”
Europe is expected to face major changes in the frequency of multiple climate extremes over the coming decades, Forzieri said.
To understand the future effects of extreme weather, the researchers combined projections on climate change and population growth with 2,300 records from 1981 to 2010 that identified disasters and death tolls across countries.
The disaster records also helped the researchers determine “human vulnerability” — the relationship between weather exposure and how it affects humans — to seven weather-related disasters: heat waves, cold waves, wildfires, droughts, river and coastal flooding and windstorms.
“This study shows that, unless global warming is curbed as a matter of urgency and appropriate adaptation measures are taken, about 350 million Europeans could be exposed to harmful climate extremes on an annual basis by the end of this century, with a 50-times increase in fatalities compared with now,” Forzieri said.
The study was funded by the European Commission and conducted by researchers with expertise in climate sciences and human geography from the Joint Research Centre. The Joint Research Centre provides scientific advice for the European Commission and “support to EU policy.”
While cold waves are expected to decrease due to the estimated rise in global temperature, that doesn’t compensate for the increases in deaths due to heat waves, coastal and river flooding, wildfires, windstorms and droughts, according to the study. These disasters can also cause direct injuries.
“It is critical to remember that the number of deaths from heat far outweigh the decrease in deaths due to lack of cold,” said Sean Sublette, a meteorologist at the nonprofit Climate Central, who did not participate in the study. “By the end of the century, the number of deaths per year due to cold is estimated to be less than 10 per year, while the number of deaths per year from heat is estimated at 151,500.”
The study estimates did not factor in reductions of greenhouse gas emissions or policy improvements. This “business as usual” emissions scenario is the closest to reality, Sublette said, but a lower emissions scenario should also be studied for comparison.
The results provide a baseline outcome that could be shifted by adaptations like more air conditioning or new hazard warning systems that may increase resilience, Grundstein said.
“The study does not take into consideration advances in medical technology or the increasing installation of air conditioning, as air conditioning in Europe is currently far less prevalent than in the United States,” Sublette said. “However, this also serves as a reminder that those of lower economic status will struggle the most with the heat tied to climate change, as air conditioning may not be accessible. Heat will also be worse in the urban areas.”
The study also looked at weather hazards as independent from each other, rather than the possibility that they may be combined, according to a letter accompanying the study, written by Jae Young Lee and Ho Kim of Seoul National University.
But experts agree that the study’s findings will be helpful for those involved in urban planning or policy-making in an effort to slow and mitigate climate change.
Forzieri and his colleagues believe that their study is relevant to priorities outlined in the Paris Agreement, the UN Sendai Framework for Disaster Risk Reduction and the European Union Strategy on Adaptation to Climate Change.
“Land use and city planning can play an important role in achievement of a healthy, carbon-neutral and resilient society,” Forzieri said. “They offer strategies to curtail energy consumption and greenhouse gas emissions, such as reduction of urban sprawl and automobile dependence, and are, in many instances, the most effective tools for reduction of the number of human beings exposed and their vulnerability to extreme weather events.”
– View CNN Video on this story here
– By Ashley Strickland, CNN

As seen above, some of todays scientists show you have to ignore science, the past, be imaginative and publish doom to carry on the charade and maybe enhance your chance of increased funding.
– http://joannenova.com.au/2015/05/study-on-74-million-deaths-cold-weather-kills-20-times-more-than-heat-does/

– This video shows in great detail the disconnect between todays headlines and reality. https://www.youtube.com/watch?v=UE14hVd8ack