Weather data & where it all began in NZ 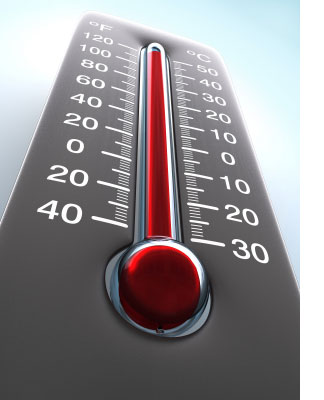 Weather records began two centuries ago in this country and official arrangements for a weather service were made way back in 1861.
The government established a network of nine reporting stations extending from the Bay of Islands to Dunedin. After a patchy start, services proved to be far from adequate. This, together with concern over the number of ships wrecked during storms along the coast in the mid-1870s, eventually led to action by the Marine Department.

Having earlier established an experimental storm warning scheme, in January 1874 the Marine Department appointed Commander Robert Edwin as New Zealand’s first official weather forecaster. Within two years the weather reporting section was functioning along lines developed by Robert FitzRoy (a former governor of New Zealand and commander of the Beagle) in his influential Weather book (1863), published in England.

Newspapers began printing weather maps at the end of 1882. These were based on the reports of about 24 observation stations. Robert Edwin sent daily reports to the major papers, along with code numbers that corresponded to one of the 24 isobaric (air pressure) patterns commonly occurring over New Zealand. The number indicated which map to print.

After the First World War, advances in radio technology meant that weather reports could be received from ships at sea. Soon after, a group of Norwegian meteorologists researching mid-latitude cyclones introduced the idea of fronts (where two different air masses meet). New Zealand’s meteorological service soon used this research in their forecasts.

When regular air services began in New Zealand in 1935, the number of reporting stations and the frequency of reports greatly increased. Some stations began to take measurements in the upper atmosphere using weather balloons tracked by theodolite. In 1942, radiosondes were also introduced – attached to balloons, these transmitted pressure, temperature and humidity readings.

When monetarists, took over control of our world economics in the time of the 4th Labour government and Roger Douglas( Rogeronomics) from the more socially responsive Keynesian model, we lost the more sensitive people responsive World order that had prevailed since the mid-1930’s. This Order/economic model had brought about the world saving/not just European saving Marshall Plan immediately after the 2nd World War. Here in NZ we saw the decimation of socially responsive Government Departments and the introduction of “Private Sector” more productive model – in reality a guise for a gigantic ripoff/steal of public funds to a favoured few – which still continues today! A small but important affect has been the destruction of an effective and efficient Met. service, especially the highly respected and efficient Meteorological Observer not to mention the stupidity of the separation of the reporting arm(NZ Met. Service) from the climatic arm(NIWA). This has resulted in the corruption of up to date accurate meteorological information ( machines/computers cannot replace men when it comes to the broadspectrum of reporting that humans can bring to the task).
Machines do not/can not replicate the human intelligence and automated weather stations are simply dumb! O.K. for static data but not for interprative data (Here I ask the reader to use your nous!) , such as changing cloud patterns, changing visibility, wind, cloud cover cloud height and type, distant precitation – increasing/decreasing, precipitaion, distant lightning – increasing/decreasing? – I could go on. Let it suffice to say that under the New World Order of Friedman Economics Model – the World is much poorer, much deprived , much more abused society than it ever was!

I smiled when I read the comments,just spent some time with a 95 year old saying the same things pertaining to moneyisation and Govt representatives.
First comment understood 🙂