Home > News > Weather comes to the party for anniversa...

Weather comes to the party for anniversary weekend holidaymakers 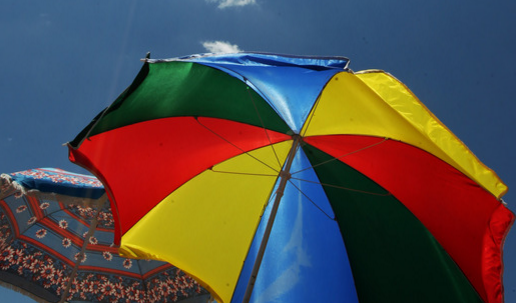 At last. Weather forecasters have some good news – a scorcher of a long weekend is on its way.

Following a mixed and windy spell across most of the country, New Zealand is set to bask in summer sunshine over the next few days.

“Saturday looks like being the best we have had in a long time and it is looking good for holidaymakers well into next week,” WeatherWatch analyst Aaron Wilkinson said.

“People shouldn’t be fooled by a bit of cloud around in the mornings, especially in Auckland, because it will burn off by the afternoon.

“Hopefully, more settled weather than we have had already is now on the way for most of the country.”

From Northland to Manawatu, including Coromandel, Bay of Plenty and the central high country, it is expected to be mainly fine despite areas of cloud in the morning.

Horowhenua, Kapiti Coast, Wellington and Wairarapa have had cloudy periods today with drizzle about the Tararua Range but this too is tipped to clear up by tomorrow morning.

The North Island will have mostly fine weather, with highs in the mid- to late-20s for some spots.

“The Bay of Plenty and some inland areas of the Waikato could hit 27 degrees over the weekend and Hawkes Bay and Gisborne could reach the early 30s,” Wilkinson said.

For Aucklanders, Anniversary Day on Monday is expected to be fine with light winds, but no rain. It’s a similar story in Nelson.

That’s good news for the many events on in the city this weekend, including the Laneway Festival and the Buskers Festival in the CBD, Chinese New Year celebrations, and the Black Caps v Australia in the cricket at Eden Park on Monday.

Another front is expected over the South Island, bringing showers to Southland, Westland and Nelson/Buller on Sunday. Canterbury should escape the rain, but it will be overcast.

Monday should be mostly warm and dry, though the Wellington and Wairarapa regions could get rain early in the day. The east coast of the North Island could also get a couple of afternoon or evening showers.