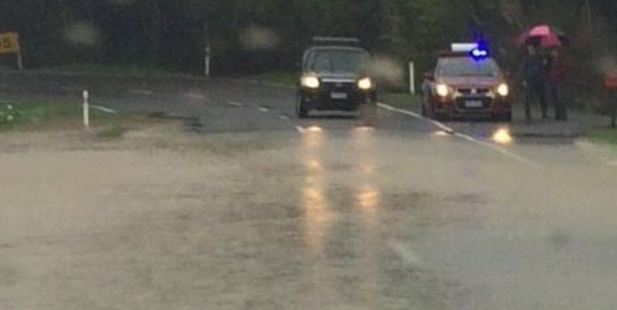 Heavy rain lashing the Kapiti Coast has led to minor flooding, with police urging motorists to drive to the conditions.

Rain is falling over much of the North Island today; with Auckland, the Kapiti Coast and the Wairarapa the hardest hit.

Central Police this afternoon issued a statement reminding motorists to drive to the conditions and be extra vigilant.

They said due to flooding, motorists should avoid Te Horo Beach Road and use either Te Hapua Road or Pukenamu Road to get to Te Horo Beach.

Motorists were also asked to watch following distances, put headlights on and keep speeds down.

Firefighters were called to pump out flooded houses on the Kapiti Coast as heavy rain battered the region.

There was a slip at Wairongomai Road, ÅŒtaki, where a gabion basket wall collapsed. And at ÅŒtaki Gorge Road a small slip brought trees down at Devils Elbow and there was debris on the road at Blue Bluff and Roaring Meg.

The region was hunkered down after bad weather that saw a Hutt Valley street closed by flooding and a crash blocked a northbound lane on State Highway 1 on the Kapiti Coast. 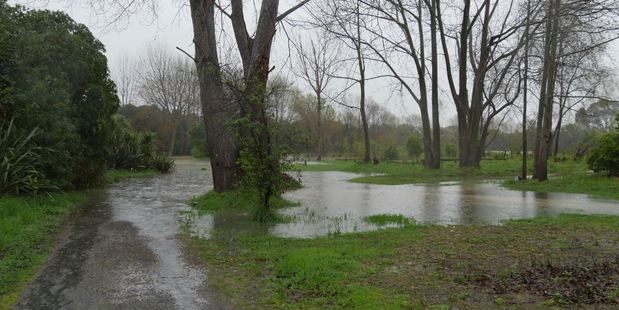 But the unseasonal dumping of rain today which also saw Aucklanders brave the elements in rain jackets and umbrellas is predicted to ease tonight and over the weekend, WeatherWatch analyst Philip Duncan said.

“There will be more rain in places like Auckland over the next few days with some heavy downpours and isolated thunder in Auckland and Northland by tonight.

“But generally this shouldn’t be too bad. It will ease this evening and be more settled tomorrow, with temperatures in the mid to high teens.”

Although the Wellington and Kapiti Coast regions took the worst of the weather today this too will slow up and improve by tomorrow. 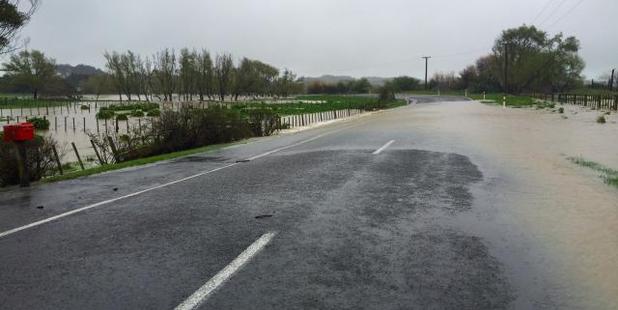 Moving into Monday, areas in the east such as Hawke’s Bay and Canterbury are expected to be a bit warmer than the rest of the country, Duncan said.

“Monday will be fine if a little unsettled and there will be a few showers in most places while it will be cloudy in the west.”

In Hamilton, Bay of Plenty and Hawke’s Bay blustery northwesterlies and a high of 16 C and 17 C is predicted for tomorrow, Duncan added.

Homepage image – Rain is falling over much of the North Island today; with Auckland, the Kapiti Coast and the Wairarapa the hardest hit. Photo: KÄpiti Coast District Council / Facebook