Weather back in the day 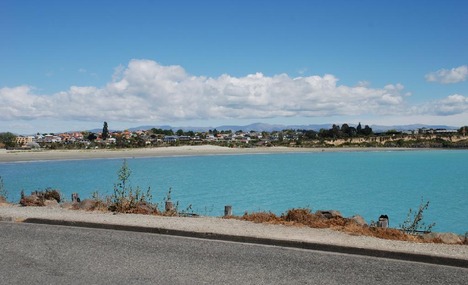 Waitangi day has provided its fair share of various weather conditions over the years and we look back at some of the more noteable events.

1927  Severe gales lash the seas just east of the country but provide very large swells to the Gisborne and Hawkes Bay regions.

1938 An extended dry spell in early February for the Catlins region was causing much concern for local farmers however 3 days of solid rain ended their worries by the 17th of February.

1951 A string of hot days were experienced in Canterbury as an anticyclone just east of the district hung on whereas an approaching front from the Tasman Sea was stalling and very warm air crossed the Southern Alps to see the thermometer push into the mid 30s on consecutive days.

1964 New Plymouth saw several days of overcast skies and misty mornings as cloud remained over the region with very little wind. Taranaki has also seen something similar over the last few days in 2012.

1973 (Feb 7) New Zealand’s highest ever recorded temperature was recorded in Rangiora and Jordan with a maximum of a stifling 42.4 degrees. Christchurch wasn’t far behing on that tremendously hot day topping 41.6 degrees.

2011 Timaruvians felt the heat this time last year as the mercury rose above 40 degrees and breaking the old record of 39.7 set in February 1973.
The airport clocked in with 40.3 degrees whereas the gardens managed 41.3 degrees.