Weather and those sensitive highs 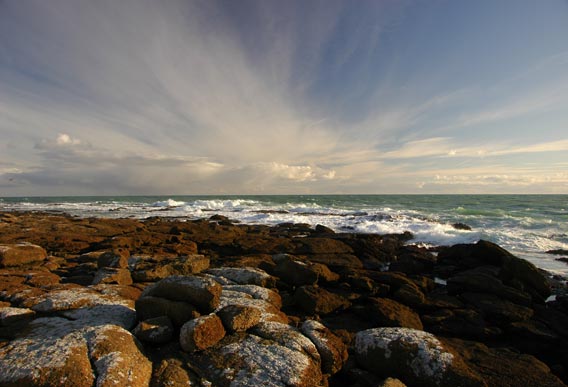 After spending my entire life living on the Mainland I have noticed that we southerners seem to be a little sensitive when it comes to the top temperatures of the day.

Whether it was Tina, Sue, Penelope or Jim presenting the weather there was always friendly banter at our place about the daily highs.

“There’s no way it was just 11 degrees today ” Dad would say when we were living in Dunedin.This was when the recording was taken at the Musselburgh pumping station which is one of the dampest and windiest parts of Dunedin and many Dunedinites weren’t impressed when the figures flashed across the TV screen.The temperature guage was eventually moved and that seems to make the locals happier these days.

Invercargill was even worse for the daily highs and when a reported summer’s high failed to hit 13 degrees there was an outcry in our household. “They’ve left the thermometer in the fridge ” Mum said on that particular day,  In reality it probably was that cold and felt even colder as a westerly and horizontal rain lashed the city.

Timaru was better overall but there were two locations where official recordings were taken, one at the Gardens and the other at the Airport and sometimes there was a difference of up to five degrees.
One foggy day in winter the city struggled to get past 5 degrees but the Airport topped 10.  As it happened the airport temperature was reported on the tele that night and everyone just quietly nodded!.

When we moved to Christchurch, once again recordings were taken at both the Gardens and the Airport but the weather seemed more consistent and settled and there was little discussion about the TV high.  Perhaps we’d finally grown up or actually got a life that didn’t revolve around the best temperatures!

I also remember that we’d  wonder what Nana had in Balclutha or what friends Marj and Tom had in Gore regarding the weather and temperatures and there was sometimes a wry smile when the southern towns had a nasty southerly and Canterbury had escaped the worst or was enjoying a nor’ wester all day.But if rellies called from the deep south after we’d had days of easterly drizzle, they’d smirk about their sunshine and there were some grumps in our home wondering why we’d ever moved north.

Other memories include one Christmas time in Timaru when after days of overcast skies Dad suddenly announced “Right I’ve had a gutsful of this, we’re off to Nelson”. Sure enough we arrived up there by car later that night and enjoyed a couple of weeks in the sunshine, returning home feeling much better.

I often check out the southern temperatures and think that one day I might just live there again as the weather was all part of the character of the place and helped make me the way that I am.

It happens just as much in the north. Some years back Wellington moved their TV temperature reports from the airport to the sheltered oven in front of the city council buildings. Now on rare occasions (rare, I assure you) they manage to beat Auckland. Of course up here we complain that our temperatures come from the cold and windy airport, and would look much better if they were taken at Albert Park.

Bring out the flame-retardant suits 🙂

I’f you are talking about Auckland Graham, then I’m pretty sure the highest temp is taken from one of three sites – Auckland airport, Whangaparaoa and Whenuapai. I’m sure someone will correct me if I’m wrong.

We in Invercargill city, take the airport temp with a grain of salt. Might be time for Tim to spend some ratepayers money on a different ‘official’ site. (Waits for RW to come in and comment, lol)

i think there is an alternative site been set up but i don’t think the media use it. I remember seeing something in the papaer about it last year maybe.

I remember Tina and she made the weather 🙂