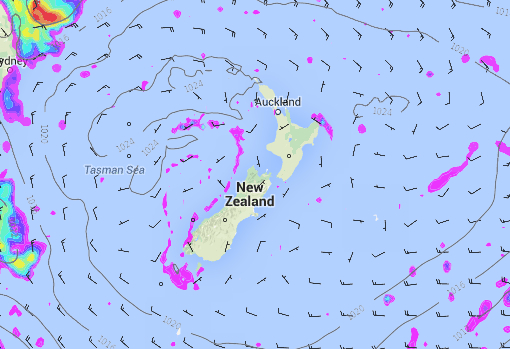 We have a high in the Tasman Sea and a high to the east of the North Island on Saturday, while bridging them is a ridge which lies over the upper North Island.
The rest of the country sits under a westerly airflow.

A weak trough (area of converging winds) pushes onto the North Island in the afternoon, so from Northland down through to the Central North Island this brings a risk of isolated showers, with the low risk of a heavy fall or two.

A weak front also moves onto Southland in the afternoon, but it weakens even further by evening, bringing only the chance of few showers.

Westerlies ease over the country later in the evening, with high pressure covering much of the country by midnight.