Home > News > We had no thunder last night, what makes...

We had no thunder last night, what makes me believe you this time? 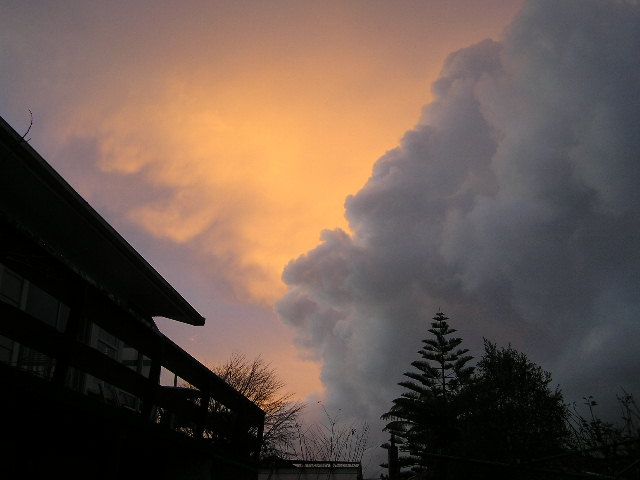 I am absolutely astonished that an active band of heavy showers and isolated thunderstorms not only weakened before it hit Auckland last night, but it then completely failed to arrive.

We at WeatherWatch.co.nz were monitoring this front all night and even just minutes before it was due to arrive it looked very promising.

Aucklanders are no strangers to this.  It happens frequently with narrow bands of rain, like last night, moving down from the north west angle.

From discussions we’ve had with meteorologists we believe it’s mostly to do with the angle of Northland and the shape of the North Island’s west coast.  When systems move in from the north west they have to travel lengthwise down Northland.  As many of you know most systems need the energy taken from the sea to fuel them – travelling the length of Northland sucks the energy right out of these fronts.

We often see this, as fronts pass over Auckland they fizzle, then they move out into the Hauraki Gulf and explode back into life again…or the Firth of Thames…or around Port Waikato.  This happened last night.

So, yet again, we have a forecast predicting thunderstorms – and MetService have a far more extensive thunderstorm outlook for today.  I said yesterday that this second wave of thunderstorms would be more widespread, however I will point out that our a data still indicates the Far North and Taranaki are most exposed while Auckland has just 50% confidence.

Last night a spectacular lightning storm lit up the skies of the Far North and the northern half of Northland.  Lightning was also spotted from Auckland (that shows you just how close it really was!) and in Nelson.

Today we see more thunderstorms moving in – but again, a similar set up to last night.  While we have all the ingredients to create a “high risk” for thunderstorms over many northern and western parts of New Zealand, we still have that “challenge”, for Aucklanders anyway, due to the angle they are moving in from.

Keep a close eye here at www.WeatherWatch.co.nz as we’ll be providing regular updates into this afternoon and evening as the storms move in.

On a personal note, for those of you that love thunderstorms, I’m sorry if many of you got your hopes up last night .  If makes you feel any better I am just as disappointed as you are!

Fingers crossed for round II.

Hello I looked at the maps today and why is there no activity in Canterbury? Just curious to know why.

The low is on the wrong side for you basically.  If the low was south or east then that would be different – but all the energy is confined to the west coast – mainly the Far North and Taranaki…even Auckland is a bit too far east to hear thunder at this stage – so Canterbury has NO chance!

Around 10.30pm I was out by the airport. The air was very still and there was fog forming. The sky ultra clear. Just didn’t “feel” like there was anything going to happen even tho I could see the distant lightning flashes.

This afternoon however – feels different. The wind is up and the atmosphere is stirring.

Oh well, never mind. I didn’t stay up waiting for them, so no sleep lost at my house :o)