Water too chilly for most 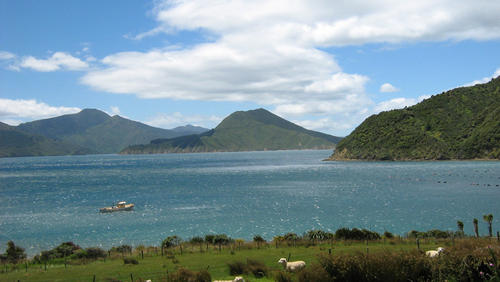 The sun’s been out and public pools are open – but don’t rush for your togs yet.

Weather forecasters say sea temperatures around New Zealand are some way off being comfortable enough to allow most people to hit the water.

The exception is the Far North where the water temperature has reached 18C. That’s still a way off the low-20s it will reach in February and March but better than Auckland’s 16C and the chilly temperatures elsewhere – Wellington 15C, West Coast 14C, Christchurch 13C and Dunedin 10C.

Compare those to the 26C temperature in Fiji this week, 24C on the Gold Coast and 30C in Indonesia and it’s easy to see why most people are waiting.

Keen swimmer John Howard’s first dip in the sea recently was “freezing” but he’ll be heading back for more.

Since moving to Mission Bay, Auckland, three years ago, the 48-year-old real estate agent has swum without a wetsuit from November to May. “It was like ‘whoa, this is cold’,” he said.

The good news is Aucklanders can expect slightly warmer temperatures than last year, plus windy, cloudy and humid weather from now until the end of summer, said Weatherwatch.co.nz head weather analyst Philip Duncan.

“The past couple of weeks is what we might expect to see more of in summer; winds from the easterly quarter and fairly cloudy and more humid,” he said.

Metservice forecaster Ian Gall said the Far North was the only place where swimmers would be comfortable in the sea right now.

“Probably about 18C or above is comfortable. We’re likely to be seeing water temperatures 21-22C around Auckland and the Bay of Plenty by the end of summer.

“You’re not going to be sitting in a warm bath but it will be comfortable for swimming.”

Public swimming pools around the country are opening, and owners report a busy start to the season.

Parnell Baths, which has an 18C unheated pool, opened about a week ago. On average there are 200-300 swimmers on weekdays, building to 1500 at the peak of summer.

Tauranga’s Memorial Pool has its main pool heated to 28C and has had an average of 70-80 swimmers a day since it opened last month.

Thorndon Pool in Wellington has a main pool heated to 27C for summer. It was attracting on average 250-400 swimmers on weekdays.

But people need to take care in and around water. Water Safety New Zealand statistics show 99 people drowned last year. Auckland region had the highest number of fatalities, with 16 deaths from drowning.

– By Abby Gillies, Herald on Sunday

I swam at Takapuna Beach at Labour weekend. It was not cold, as the air temperature was warm – much warmer than in mid May when I stopped swimming last season. However – it was not that pleasant as there were hundreds of tiny jellyfish everywhere – I did not get stung, but it spoiled the pleasure of that first swim! Has anyone else found jellyfish around?

I don’t mind a cool sea temperature. It is quite nice on a hot day. I have been to the beach twice already in October and just last week for a swim at New Brighton beach in Christchurch.

My kids started swimming 2 weeks ago in the river, we are however in the Far North.