WATCH: Canadian weather presenter awkwardly forgets a lot of the country is on fire 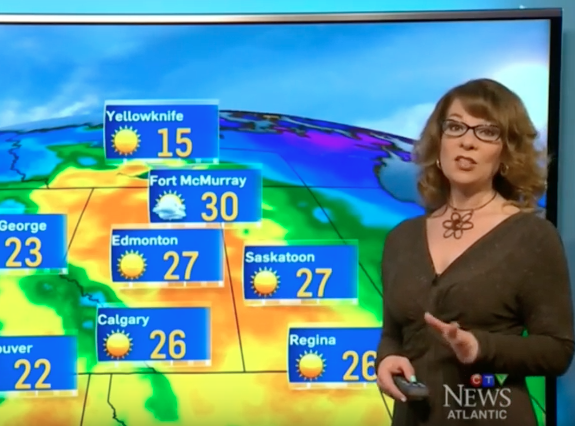 The city of Fort McMurray in Alberta has been ravaged in the last few days by wildfires that have destroyed 20 per cent of the buildings in the area.

All residents have been evacuated and experts say that the fires could burn for over a year unless heavy rains fall.

But mere ~facts~ didn’t get in the way of one CTV weather reporter. Oh no.

In a report from May 3rd, meteorologist Cindy Day says:

“I want you to focus on that red patch across Alberta and Saskatchewan… in fact look at these temperatures! If you have friends and relatives in Fort McMurray don’t call them, they’re just going to brag about the heat.”

Erm. Maybe they’ll do that. Or maybe they’ll cry over their destroyed homes and livelihoods.

To be fair to Day, the report is from last week, before the fires had reached the levels they’re at now – but she says she’s checked temperatures across the country and can confirm:

“The hotspot today was Fort McMurray.”

You can say that again.