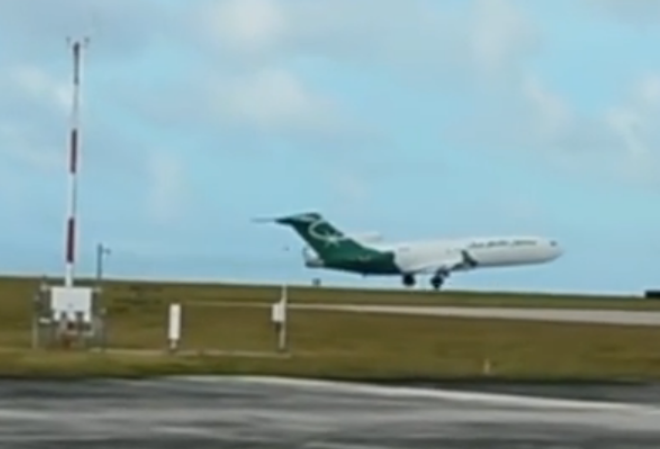 A dramatic video has captured a Boeing 727 cargo jet making a successful nose-down emergency landing at Guam International Airport without functioning landing gear, thanks to the skill of the pilot.

Guam International Airport Authority Executive Manager Chuck Ada told Kuam News that the pilot did an outstanding job in landing and avoided the plane’s nose touching the ground on approach.

Footage shows the plane coming to rest on the runway, without any smoke or fire, as emergency services attend the scene. No injuries have been reported.