Home > News > Warmer nights on the way for some...

Warmer nights on the way for some 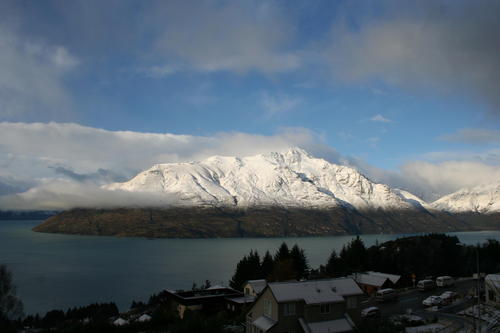 With the incoming rain, clouds and wind overnight lows for many in the north, centre and west are likely to see a jump of several degrees over the next few nights reports WeatherWatch.co.nz.

Some parts, such as Waikato, Central Plateau, Manawatu and the upper South Island been between -3 and -6 at night but over the next few nights temperatures are likely to climb back up 5 to 10 degrees from Thursday night to Sunday night.

The warmer nights won’t affect everyone though.  Those in the east may still have calm weather and less cloud due to the departing high, so while frosts may become less likely as we head into the weekend the overnight lows may still be dropping to 1 or 2.

Warmest areas will be the South Island’s west coast, Taranaki, Northland and Auckland.

Following the moon’s furthest northern point three days ago, and due to a lunar southward trek dragging moist warm air down from the equator, temperatures will increase as they always do when the moon occupies the same position. But it should be shortlived, with frosts resuming in parts of the North Island next week.