Home > News > Warmer days ahead as huge high locks in ... 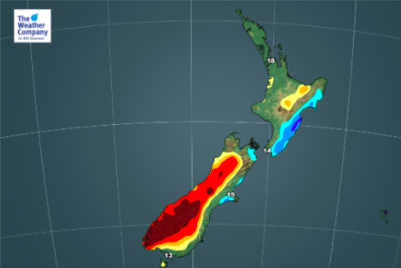 An enormous belt of high pressure means the weather this week is more stable and overall quite good for most areas. There are a few highlights to focus on: 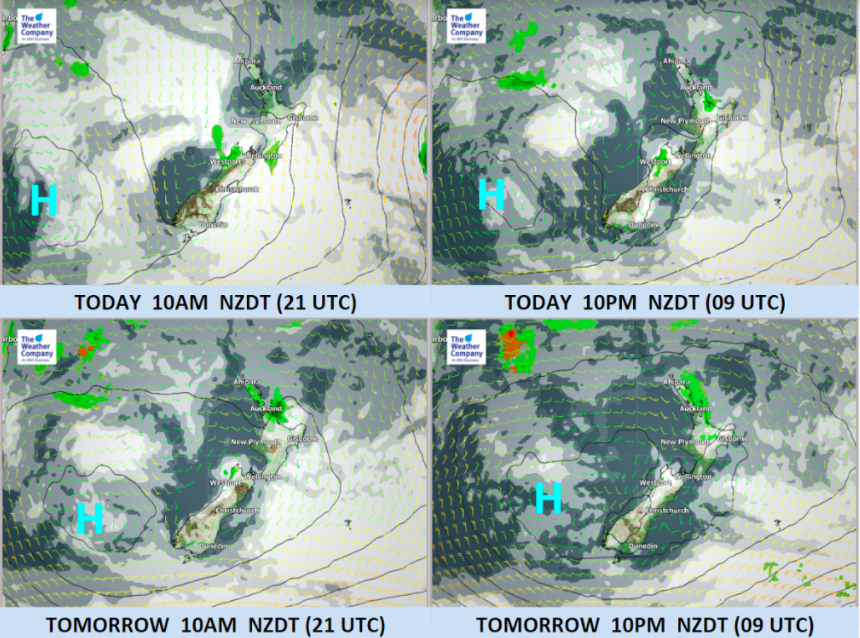 ABOVE: Maximum Temperature (T-MAX) for Monday and Tuesday shows Tuesday even warmer, especially in the north of NZ and the south, inland. Orange = Highs around the low 20s, Yellow = mid to late late teens. Green = mid teens.

BELOW: Many places will be warmer than normal in the South Island on Tuesday especially, but the cold southerly hitting the eastern North Island means conditions there are generally cooler than usual.

– Maps by The Weather Company (an IBM business & official business partner of WeatherWatch.co.nz)