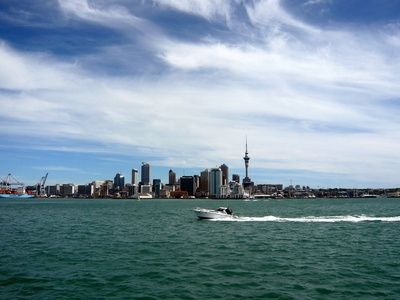 It’s a cool start to Waitangi Day but the pay off is for plenty of sunshine for most parts of the country and temperatures slowly rising today.

An anticyclone has decided to hang over us for today and the next few days with fairly low temperatures at night but an increase slowly taking place during daylight hours.

There’s still a few showers this morning lurking in coastal areas from Banks Peninsula up to Wellington and a few dotted over the coastline of the eastern North Isand however they are forecast to clear mostly.

A chilly night saw the mercury up to five degrees below par but perhaps not surprising as some snow flakes have fallen in Queenstown this week and big gales shut New Plymouth airport also for a time this week.

Rather oddly the fire ban has been lifted across Auckland just for the day before normal play resumes tomorrow. Rain falling over Auckland has been one factor for the ban to be lifted for 24 hours.
Barbeques of all forms can be lit during Wednesday.

The fire risk remains high to very high in many locations and with the next few days forecast to be dry it’s unlikely they’ll change quickly.

The long range forecast for the weekend should see temperatures increase and mostly dry skies with just a little rain out west over the south on Sunday.

Homepage image of Auckland city on a sunny day