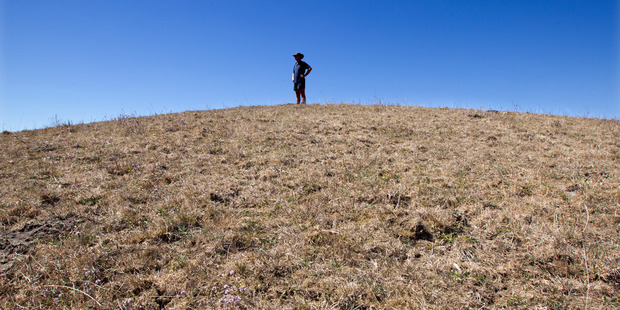 Parts of the Waikato are as dry or drier than during last year’s severe drought.

Extremely dry conditions have emerged in patches across parts of the North Island – Waikato, Waitomo, Auckland and western parts of Northland.

The Government has not been approached for a formal drought declaration but Federated Farmers spokesman David Broome said that could change if conditions do not improve in the next fortnight.

Waikato Federated Farmers president James Houghton said contractors were struggling to keep up as farmers sought to harvest their maize crops before they lost too much quality in the dry weather.

Some dairy farmers had dried off their herds early in response to the conditions.

“We are effectively in a drought but we have not activated a drought declaration.”

ASB Bank rural economist Nathan Penny said farmers were concerned, without being overly worried because previous months’ good growing conditions meant there was plenty of feed on hand for stock.

“The second thing is that given the milk price, the majority of dairy farmers will be comfortable with buying in feed, so they are covered on two fronts,” Penny said.

Co-operative dairy giant Fonterra last month boosted its 2013/14 forecast farmgate milk price to a record $8.65 per kg of milk solids, thanks to ongoing strong demand for milk powder from China.

Despite dry patches in parts of the country, economists still expect to see a bumper year for milk production this year, with ASB Bank predicting a 10 per cent increase compared to 2012/13.

Federated Farmers advises affected farmers to keep their accountants up to date with the situation, regardless of whether a drought is declared, and to be aware that the Inland Revenue Department can allow flexibility in special circumstances.

In the Waikato, January and February combined had the seventh lowest rainfall total for those two months at Ruakura since records began in 1907.

Some rivers and streams are at or near record low flows for this time of year. Warm temperatures and stronger winds are drying out soils.

Drought declarations are done in conjunction with Federated Farmers, the Rural Support Trust, the Ministry for Primary Industries, together with the regional councils.