Video: Your Weekend Weather and outlook for next week 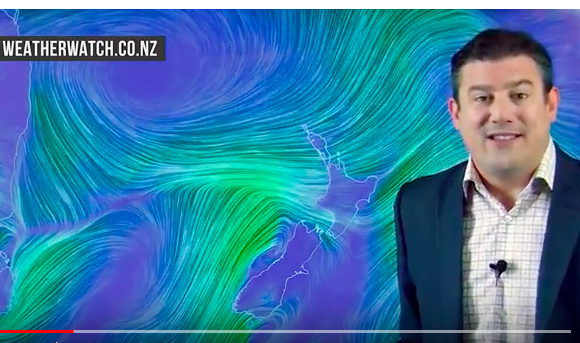 Much warmer weather is spreading across the North Island for Thursday but another cold change is spreading northwards up the South Island bringing rain and snow and colder weather behind it.

By Friday it will be clearing the South Island and moving into the North Island to some degree, but is weakening. Saturday looks dry for much of New Zealand but a narrow area of rain will lay draped over Northland and potential affecting Auckland and even Waikato.

It will be frosty in lower South Island with overnight lows dropped as far as -4C but in contrast at the same time it will be +18 degrees when you wake up in Northland!

By Sunday all of NZ is mild under north to north west winds which become strong in the South Island ahead of a late rain band, which reaches the North Island on Monday. Next week looks dominated by westerly quarter winds.