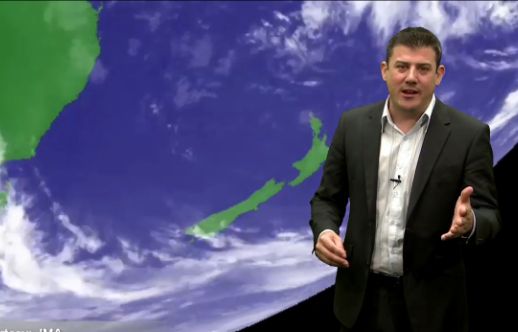 Philip Duncan says the North Island looks likely to see cloud and fog patches but the lightest winds, driest weather and warmest air is likely to be over the North Island. Nor’westers will build around the lower North Island though, and indication that gusty winds are affecting eastern areas of the South Island while the weekend starts off wet on the West Coast before a cold southerly change pushes into the Deep South on Queens Birthday Monday.