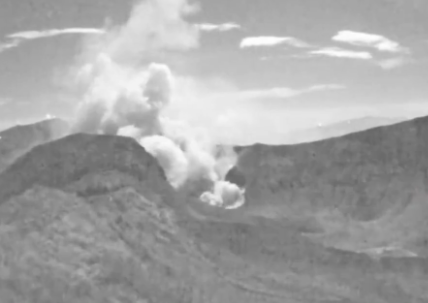 Costa Rica’s Turrialba volcano released a column of gas and ash into the sky on Thursday (Friday NZT) in the latest of a series of eruptions.

According to officials, the eruption occurred at 8.37am local time and was a little bigger than recent activity at the site.
Geologist Floribet Vega said that dozens of eruptions have been registered at Turrialba in recent days.

Significant emissions have been reported at the volcano in recent years, but magma has rarely been observed at Turrialba’s crater.