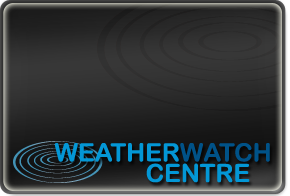 A glowing halo in clouds over Moscow looks like an Independence Day style alien attack.

The astonishing ring was spotted over the city and captured on video by stunned locals.

It has been described as a “true mystery” by a UFO expert.

Scores of supernatural enthusiasts have been gripped by the astonishing footage and speculated it could be an ALIEN MOTHERSHIP.

The sighting in the clouds is reminiscent of scenes from the 1996 Hollywood blockbuster Independence Day..

Nick Pope, a former UFO analyst for the Ministry of Defence, examined the remarkable footage.

He said: “I’ve never seen anything like this. It’s a true mystery.

“Theories range from it being an alien mothership, proof of Russian weather modification technology – a weather weapon – or even a sign of the end of the world.

The video has appeared on YouTube and been viewed more than 100,000 times.

But meteorologists rejected theories of the supernatural calling it an optical effect.

The Moscow’s weather bureau said several weather fronts had passed through Moscow as the sun shined from the west to cause the effect.

A spokesman for the bureau said: “This is purely an optical effect, although it does look impressive.

“If you look closer, you can see sun rays coming through that cloud. Most likely, the sun was setting when the video was being made.”

THE SUN:  See the FULL story, images and video here.

The youtuber who uploaded this video onto his/her channel has no information regarding the camera he/she used ie; mobile, digital camera etc, nor do they give important information liket he exact time of the day, and… why are those motorway lights not on?

It would have made logical sense to report an atmospheric phenomena like this immediately to the meterologists in moscow – there are not many ground reports from other eyewitness’s.

What does everyone else think (?)

My enjoyment of disaster movies has been forever ruined! Not one person stopped their car, got out and stood staring in disbelief at the phenomenon, let alone running around screaming, having sex in public etc etc lol – no, they just carry on about their daily business, trekking along the highway like its every day they get an ‘alien mothership’ descend on their city – ‘ah luk dimitri, it is the eliens agin, ve really must invite them over for dinner sometime’ 😉