VIDEO: Subtropical low to bring rain and gales for parts of the North Island 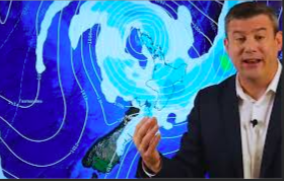 A low coming out of the sub-tropics continues to deepen today and will bring a burst of rain and later gales to parts of the upper North Island.

On Tuesday these winds slide further down the island towards Cook Strait with heavy rain mainly pushing down the eastern coastline.

The South Island isnâ€™t too affected by it, although some wet weather and winds are likely at the top of the island on Tuesday. Later this week a westerly flow kicks back in again nationwide.