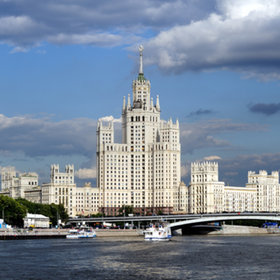 It was an unusual glare dominating the skyline last Friday over Moscow.

Last week was the anniversary of the 1986 Chernobyl nuclear disaster in the Ukraine, which had people on edge.
Officials say that the ash cloud was actually a cloud of pollen from birch trees.

Conditions have been been dry and warm for the past week in Moscow. With dry weather, pollen accumulates on leaves. With a sudden gust of wind, pollen can shake loose.