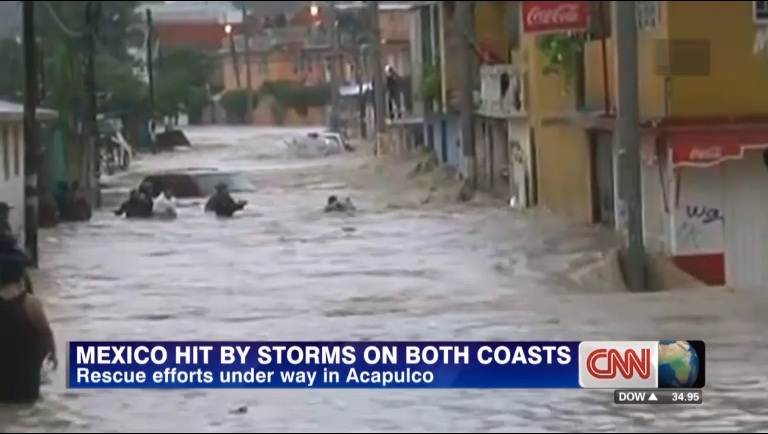 Mexico’s coasts were hit by two separate storms this week and the death toll quickly rose to at least 34.

One hundred rivers and streams have overflowed and 91 highways are waterlogged to varying degrees after Hurricane Ingrid moved in from the Bay of Campeche and Tropical Depression Manuel hit from the Pacific, Osorio Chong said in a radio interview yesterday.

The army has rescued 500 people trapped in Acapulco after the city’s airport and highways were affected by heavy rains, he said.