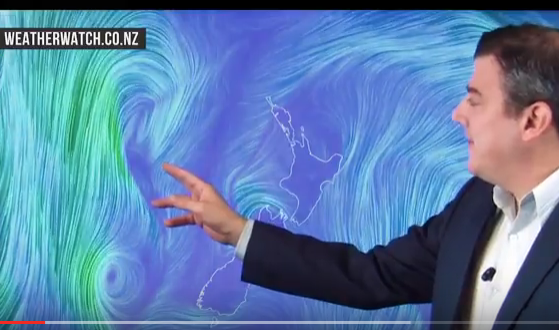 By Friday a low in the Tasman Sea will be deepening and tracking towards northern New Zealand. It will basically â€˜leap frogâ€™ around the upper North Island bringing a period of rain as it does so, but generally speaking most parts of the country wonâ€™t be affected by this rain maker, just the top third of the North Island and the eastern side.

On Saturday a weak front will reach Southland and fall apart over Sunday as the North Island low departs. This will allow for a colder southerly flow to spread across New Zealand on Sunday and Monday bringing mainly dry weather but much lower temperatures and a chance of a few isolated coastal showers.

Weâ€™ll fine tune your Queensâ€™s Birthday forecast even further in our next video update out on Friday morning.