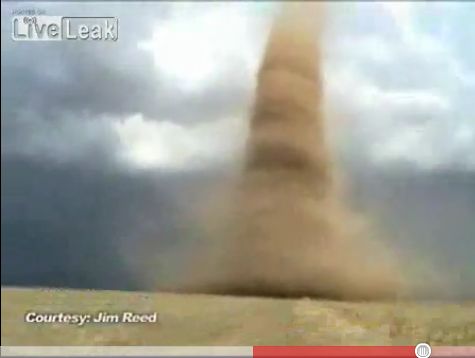 The tornado dropped out of the sky right in front of Reed and soon began heading in his direction. As Reed and Lorenson backed down a dirt road, the tornado followed. Suddenly, the tornado stopped.

That’s when Reed got out of the car and ran directly toward it.

Reed called it his “golden opportunity” to get the shot he’s been wanting for years.