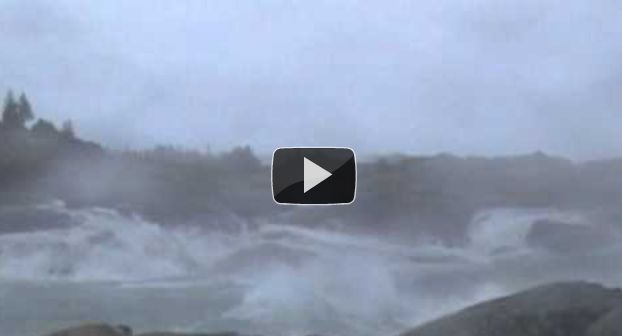 Here in New Zealand we simply can’t imagine a storm creating waves any bigger than half a metre on a lake, like Taupo, but here they crashed between 6 and 8 metres thanks to winds of 100km/h.

Lake Superior is the largest of the Great Lakes in North America – and it’s the largest fresh water lake on the planet surface-wise.

With that huge size the waves/swells generated by the gales across the lake become similar to that of waves on the open ocean, allowing plenty of time to build before they hit land.