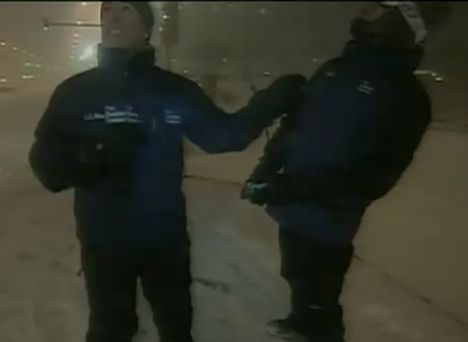 Snow and thunder don’t usually go together but during last weeks huge snow storm in Chicago a Weather.com weather presenter had the rare chance of witnessing thunder and lightning and snow all at the same time.

This raw video captured that moment.

A Chicago based WeatherWatch.co.nz reader also contacted us to say that in her 30 years of living in Chicago she had never witnessed thunder and snow at the same time.

While it does happen – and has happened in Invercargill within the last two years – it is certainly rare.

Love his enthusiasm for it!

That has to be the most epic reaction to any weather event I have seen.