VIDEO CHCH: A song for the broken city 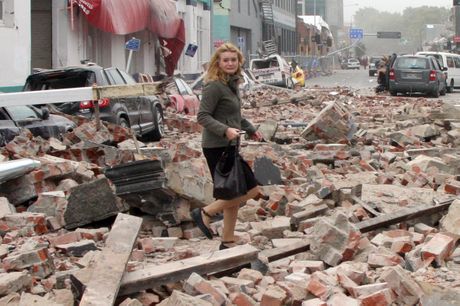 It’s the two year anniversary since the ChristChurch earthquake and very early this morning there was a reminder that the aftershocks haven’t completely disappeared as a 3.8 tremor wobbled across the city.

On a different note, A love letter to Christchurch, the song Space and Place is released today.

The song was written before the February 22, 2011 earthquake, inspired by a return home after a long period overseas and the concept of how much our hometowns shape us.

Returning from unfamiliar places, it magnifies the little things about a hometown that can be so comforting, alleyways, familiar buildings and landmarks – a place that knows you as well as you know it.

The video, shot during a Christchurch winter, shows many key places and spaces that are now lost – it shows people strolling through Cathedral Square, past ChristChurch Cathedral and the chalice, The Press building lit up at night, the Bridge of Remembrance and Colombo Street filled with people living in more carefree times.

It is the first release from a collaborative project titled Songs in The Key, based around Christchurch producer and engineer Rob Mayes and an eclectic group of musicians.

We suggest that is certainly a worthwhile viewing and listen.