Home > News > VIDEO: Autumn wakes up and rushes into N...

VIDEO: Autumn wakes up and rushes into NZ next week, mild and calm weekend beforehand 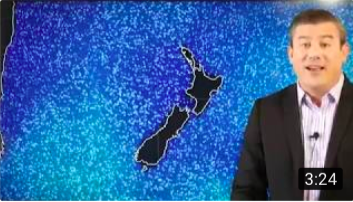 The extended summer weather has been welcome by many but as we head into next week there is definitely a change coming.
Today, Thursday March 21st, is the Equinox which means itâ€™s the start of Autumn on the astronomical calendar in the Southern Hemisphere and the start of spring in the north.
While NZâ€™s weather looks settled for the next few days with just a few drizzle patches and afternoon isolated showers itâ€™s the forecast next Tuesday and Wednesday which sees a big storm in the Southern Ocean slide past NZ pushing up a cold front, heavy rain on the West Coast, strong norâ€™westers in the east and central areas and a mid-week cool down in the south, with daytime highs potentially dropping by 10 degrees.
Some rain may also make it into some of the North Island drought areas by Thursday.
**We have a SPECIAL VIDEO also out today about the two Australian Cyclones (Trevor and Veronica). You can view this by clicking/tapping here**