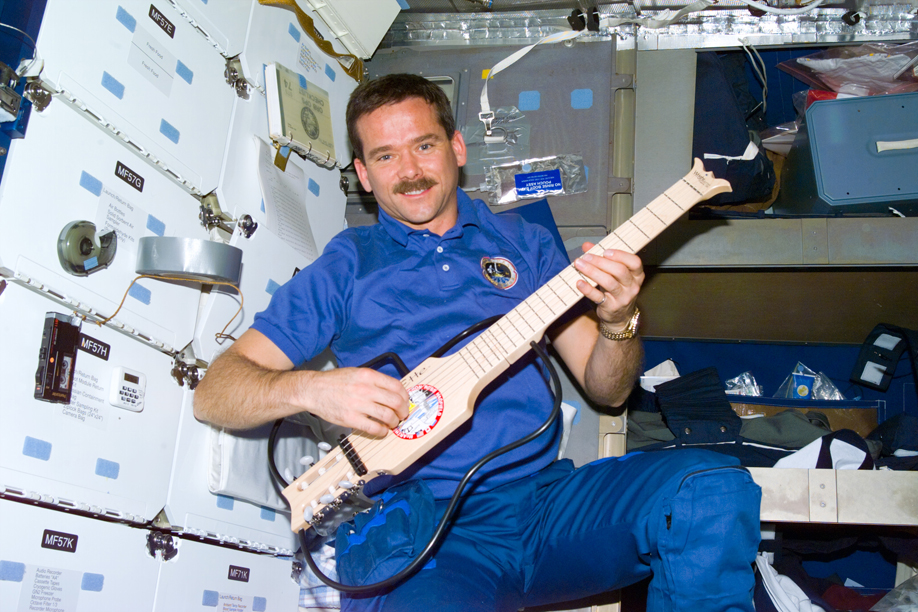 A music video shot aboard the International Space Station has gone viral, turning an astronaut into an overnight music sensation with his zero-gravity version of David Bowie’s hit “Space Oddity.”

As the first Canadian to command the space station, a $100 million project of 15 nations, Chris Hadfield had already earned himself a place in the history books.

But as he prepared to return home last night after more than five months in orbit, Hadfield released a poignant “cyberspace” rendition of Bowie’s song, which was first released in 1969 just ahead of the Apollo 11 moon landing.