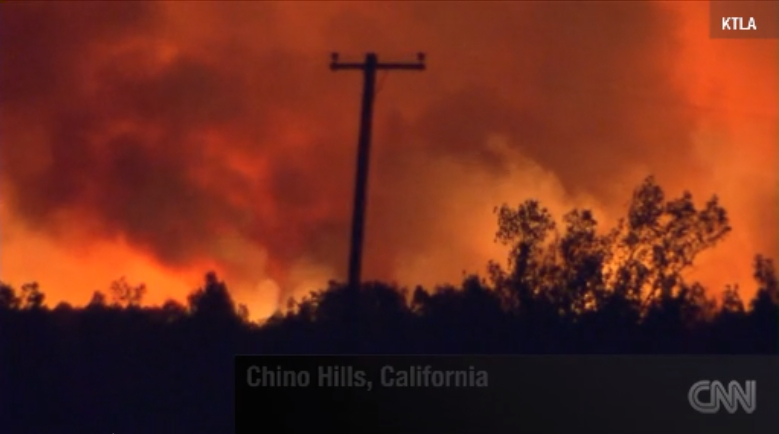 A wildfire near Corona, California, is threatening at least 300 homes as 335 firefighters work to quell it, state fire officials say.

Others were in a dilemma about how to react to the potential danger to their homes.

“I’m actually quite scared right now for my family and don’t know what to do — if I need to get back and start planning evacuations or what,” resident Pat Murphy told CNN affiliate KTLA.

The fire’s rapid spread has caught some by surprise.

Officials first became aware of it through reports of trees on fire early Saturday. It jumped quickly from 30 acres of coverage to 175 acres over the course of the day. By early Sunday, it had nearly doubled to 300 acres.

“This is an example of what the drought has done, these fuel conditions, normally this wouldn’t burn in this kind of area,” Mohler said, describing the spread of the fire as “aggressive.”

Around 1 a.m. Pacific time, firefighters had the blaze 15% contained.

So far, no one has been reported injured, and no homes reported burned.

But residents’ homes are in imminent danger. The probability of some catching fire on a scale of one to 10 is “at a six,” Mohler said.