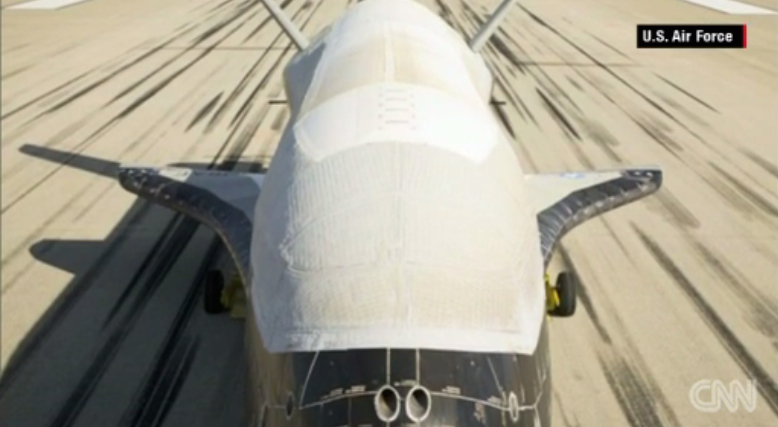 How much can you pack on top of one rocket? A United Launch Alliance Atlas V is carrying up the U.S. Air Force’s so-called secret space plane, The Planetary Society’s solar sail, and several CubeSats, or tiny satellites.

The Air Force space plane is actually called the X-37B Orbital Test Vehicle. This is the fourth mission for the plane. It looks like a small space shuttle, but it doesn’t have a crew. It can stay in space for years at a time. The last mission ended in October 2014 after 674 days in orbit. The plane is controlled like a drone and lands like an airplane. The media nicknamed it the “secret space plane” because the Air Force won’t say much about what it does once it gets into space.

CubeSats are very small satellites that hitch rides to orbit on rockets with bigger payloads.

One of the CubeSats on this flight is LightSail, a solar sail owned by the Planetary Society, a nonprofit space advocacy group. The group is led by CEO Bill Nye.

The LightSail is packed into a CubeSat about the size of a loaf of bread, but once in space its reflective sails will stretch out to 344 square feet. The Planetary Society is testing the sail to show that the sun’s energy can be used to power a spacecraft.

The other CubeSats include ones from the National Reconnaissance Office, NASA, the U.S. Naval Academy, the Aerospace Corporation, the Air Force Research Laboratory and California Polytechnic State University.