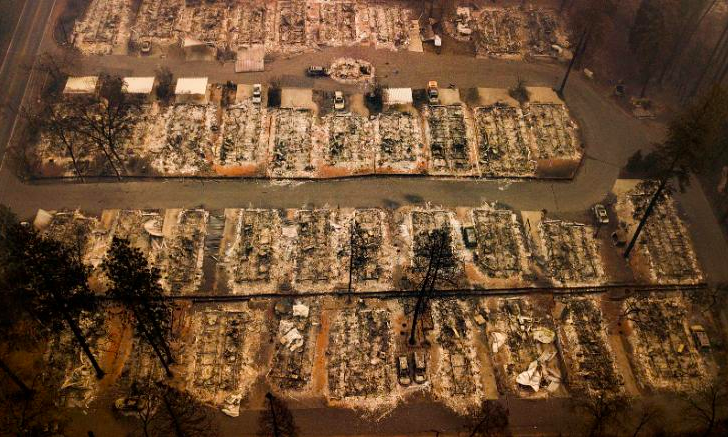 As the death toll from Northern California’s Camp Fire rose to 63 and those reported missing spiked to more than 600, rescue workers searching for human remains hope that hundreds of people who remain unaccounted for are still alive.

“A lot of people are displaced, and a lot of people don’t know we’re looking for them,” Butte County Sheriff and Coroner Kory Honea said late Thursday.

Rescue workers sift through rubble in the search for human remains Thursday in Paradise, California.
The dramatic rise in those unaccounted for came after authorities combed through a week of 911 calls and incident reports. Combined with relatives who have reported loved ones missing, investigators are looking into reports of 631 people possibly missing.
“You have to understand, this is a dynamic list,” Honea said. “Some days might be less people, some days might be more people, but my hope at the end of the day, we have accounted for everybody.” A week after two major wildfires sparked at both ends of California, the death toll has increased to 66 statewide, fire officials said.
The Camp Fire — the deadliest and most destructive wildfire in state history — has left 63 people dead, destroyed about 9,700 homes and scorched 142,000 acres. By early Friday, it was 45% contained.
Hundreds of deputies, National Guard troops and coroners are sifting through leveled homes and mangled cars for remains.
“They are going to be searching vehicles that have been burned. They’ll be searching residences that have been burned. Checking around the residences … our mission is to find the victims from this fire, recover them and get them identified and notify the families to give them some answers,” Butte County Sheriff’s Investigations Sgt. Steve Collins said.
President Donald Trump is expected to visit the region Saturday as firefighters struggle to contain the blazes.

The number of names on the Camp Fire’s missing list soared Thursday, but authorities said they are struggling to confirm whether all are still unaccounted for.
Honea said investigators combined all the information they have received from callers since the fire erupted more than a week ago. Some names on the list appear more than once, and it’s unclear if any are duplicates, Honea said.
Officials have said it’s hard to determine the number of missing. Some people who may have evacuated can’t be reached because cell phone service is unreliable. Others haven’t reached out to relatives, and they may not know someone is looking for them, he said.
“I want you to understand,” Honea said, “that there are a lot of people displaced, and we’re finding that a lot of people don’t know that we’re looking for them.”

The Camp Fire has leveled thousands of homes in Paradise, north of Sacramento.
The Butte County Sheriff’s Office published the list on its website. If people find their names on the list, Honea said, or names of loved ones they know are safe, they’re asked to call the sheriff’s office.
For two days, Paradise police Officer Matthew Gates searched through ash and collapsed buildings for the remains of a woman.
When the Camp Fire broke out, a man told Gates his mother was likely driving on a jammed roadway that hundreds used to flee the flames. But Gates couldn’t find her.
Then Gates finally came across her at an evacuee shelter.
“She had burns up her arms and I knew it was her,” the officer told CNN affiliate KRCR. “I went and gave her a hug because I’ve been looking for her body.”
Authorities are trying to reach those who called 911 to verify they’ve made contact with their loved ones, said Collins of the Butte County Sheriff’s Office.
“We’re asking people to call us if they do come in contact with their loved one so that we don’t spend time looking for somebody that’s already found.”
READ more and see VIDEO on this story via CNN.com here