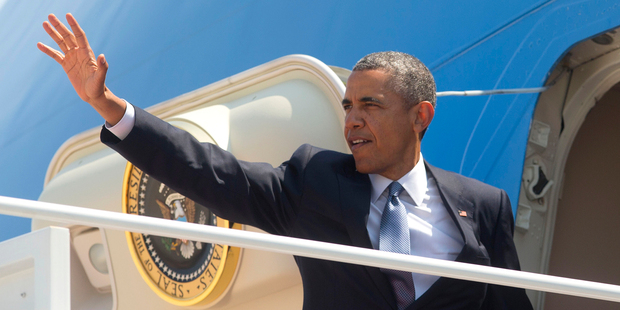 Vowing to protect fragile marine life, US President Barack Obama has acted to create the world’s largest ocean preserve by expanding a national monument his predecessor established in waters thousands of kilometres from the American mainland.

The designation for a remote stretch of the Pacific Ocean marks a major symbolic victory for environmentalists, who have urged the president to take action on his own to protect the planet as Congress turns its focus elsewhere. But the initiative will have limited practical implications because little fishing or drilling are taking place even without the new protections.

Protecting the world’s oceans and the vibrant ecosystems that thrive deep under the surface is a task that’s bigger than any one country but the US must take the lead, Obama said, announcing the initiative during an ocean conservation conference.

“Let’s make sure that years from now we can look our children in the eye and tell them that, yes, we did our part, we took action, and we led the way toward a safer, more stable world,” Obama said in a video message.

Obama hasn’t settled on the final boundaries for the expanded Pacific Remote Islands Marine National Monument, and will solicit input from fishermen, scientists and conservation experts. Obama’s senior counsellor, John Podesta, said that process would start immediately and wrap up “in the very near future”.

President George W. Bush, a Republican, created the monument in 2009 by setting aside waters that encircle an array of remote islands in the south-central Pacific, between Hawaii and American Samoa.

Bush’s protections extend about 50 miles from the shore of the U.S.-administered islands, but maritime law gives the US control up to 200 nautical miles from the coast, forming the outer limit of what Obama could protect using the 1906 Antiquities Act.

A geographic analysis by the Pew Charitable Trusts estimated Obama could protect more than 780,000 square miles – almost nine times what Bush set aside – and far more if he included the waters around other US islands in the Pacific Ocean.

“Our oceans are feeling the strain of human activity from increased acidification, overfishing, and pollution, and we need to take bold action to protect this vital natural resource,” said Carol Browner, the former Environmental Protection Agency administrator.

But in practical terms, the expanded sanctuary will likely have a modest impact.

Very little commercial fishing is conducted around the islands. And Bob Fryklund, chief upstream strategist for analytics agency IHS Energy, said no one is currently exploring for oil or gas in the area.

“These are fairly long distances from any ports, and they’re very expensive to get to,” said Lance Morgan of the Marine Conservation Institute. “Still, we don’t know what all the future uses are going to be.”

Obama has increasingly invoked his own authority to impose environmental protections during his second term, wary of ceding control to lawmakers who have shown no appetite for major legislation to fight climate change and other ecological challenges. Earlier this month Obama unveiled unprecedented pollution limits on power plants, enraging Republicans and even some Democrats.

Rep. John Fleming, R-La., who chairs the House subpanel dealing with oceans and wildlife, said Obama was invoking climate change even though the century-old Antiquities Act wasn’t intended to deal with global warming.

“This is clearly way outside of his constitutional boundaries,” Fleming said in an interview. “It’s just another step in the wrong direction for our imperial president.”

In another environmental move, Obama launched a task force to combat black-market fishing and seafood fraud, in which seafood products are mislabelled to hide their origin. One-fifth of wild marine fish caught each year are considered to be part of the black market, the White House said. The black market for fish cost the legitimate fishing industry $23 billion. The presidential memorandum calls for the task force to submit recommendations within six months.