USA: Hurricane season without leaders of NOAA & FEMA should ‘scare the hell out of everybody’ 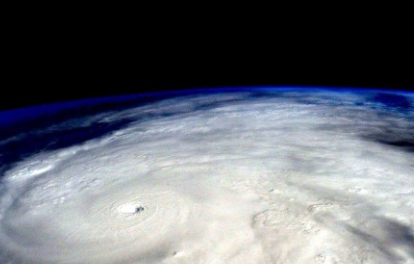 Hurricane season began on June 1, and according to the National Oceanic and Atmospheric Administration, the season will be a busy one, with an above-average range of 5-9 hurricanes likely in the Atlantic.

The United States could be especially vulnerable to hurricane landfalls this year, observers say, but not because of the enhanced activity that is expected.

NOAA is forecasting an above-average hurricane season in 2017.
The two agencies that protect the country’s coast lines and its residents, NOAA and the Federal Emergency Management Agency (FEMA) are still without leaders — positions that must be appointed by President Donald Trump and confirmed by the Senate.
“That should scare the hell out of everybody,” retired US Lt. Gen. Russel HonorÃ© told CNN. “These positions help save lives.”
HonorÃ© knows all too well the value that leadership plays during a crisis, as he commanded Joint Task Force Katrina. He coordinated military relief efforts in the aftermath of Hurricane Katrina.

Lt. Gen. Russel L. HonorÃ© talks to his soldiers at Camp Shelby, Mississippi, on September 8, 2005.
Despite concerns, FEMA and NOAA say they are prepared for the hurricane season and the aftermath of any storms that make landfall and cause damage.
NOAA runs the National Hurricane Center (NHC), the agency that tracks and forecasts tropical storms and hurricanes, providing five-day forecasts to allow government officials plenty of time to make preparations and organize evacuations.
Not only is NOAA lacking a leader, but the NHC is also without a director after Rick Knabb stepped down earlier this year after leading the center for five years. The director briefs government leaders as well as the American public directly on the forecast for impending storms.
Also under NOAA is the National Weather Service, which is tasked with issuing life-saving warnings for impeding threats from land-falling storms such as strong winds, flooding rainfall and damaging storm surge.
While also key in the preparations, FEMA’s role really kicks in once the storm hits and a disaster has been declared, as FEMA coordinates the government-wide relief efforts.
According to FEMA’s website, “it is designed to bring an orderly and systemic means of federal natural disaster assistance for state and local governments in carrying out their responsibilities to aid citizens.”
But according to HonorÃ©, things could be anything but orderly. “These operations will not function as they should with temporary people doing the jobs.”
“Just look back to Hurricane Katrina to see how important leadership was. If someone is slow in making decisions it can be costly — imagine having no one at all,” HonorÃ© said, referring to the criticism and eventual resignation of then-FEMA director Mike Brown over the bungled response after Katrina hit.
Trump did appoint former Alabama Emergency Management Agency Director Brock Long in late April to lead FEMA, but as of this week, the selection has yet to be confirmed by the Senate.
Despite the vacancy, FEMA director of public affairs William Booher believes the agency will be able to serve its mission.
“Throughout the transition to the new administration, FEMA has ensured that career civilian staff are in place in key positions throughout the agency, allowing them to continue, uninterrupted, to perform their core mission responsibilities — preparing for, responding to, recovering from, and mitigating all hazards, Booher told CNN.
Booher stated that the agency is “looking forward to working with the Senate on the confirmation process and a successful vote” for Brock Long.
A NOAA spokesman told CNN the National Hurricane Center’s acting director, Ed Rappaport, is an experienced leader with 30 years at the center.
“NOAA is fully prepared for the hurricane season and is even launching new and improved products and services this year,” said Chris Vaccaro. “Under our acting administrator, NOAA will continue to provide the American public with science and services important for public safety, the nation’s natural resources, and the economy.”
Trump has yet to appoint someone to the NOAA position.

While the heads of NOAA and FEMA are not the only vacant positions in the US government waiting on appointments, the prospect of a busy hurricane season make them two of the most important.
“We’ve already lost six months of preparation,” HonorÃ© pleaded. “The government has been preaching to people to prepare themselves for hurricanes, but they haven’t done their part to prepare by picking someone to lead.”
– By Brandon Miller, CNN Meteorologist based at the CNN Weather Center.
– CNN