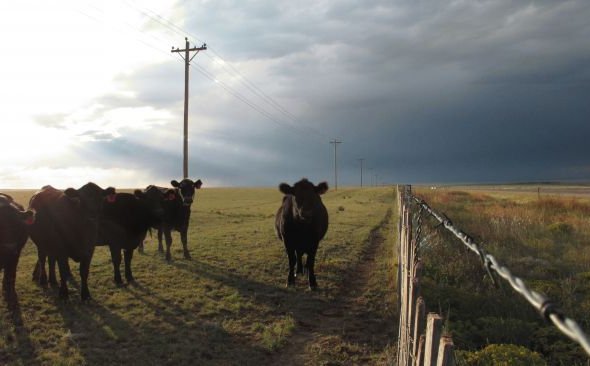 The crippling drought in the United States has given rise to an unexpected crime; Grass theft.

With drought drying out grazing land and driving up hay prices, some ranchers in the state of New Mexico have started cutting neighbours’ fences or leaving gates open so their cattle can graze on greener pastures.

Authorities in other drought-stricken states say they’ve seen similar fence cuttings, along with thefts of livestock and other materials as ranchers struggle to stay in business. In some cases, stealing a neighbour’s grass may be the only way for a rancher to feed his livestock, but victims say their livelihood is being threatened too.

Ranchers from at least a half-dozen states in the southern US have sold off huge portions of their herds this year because the worst drought in decades dried up their pastures and they couldn’t afford to buy food for their animals. While grass thefts might seem relatively harmless, ranchers say they threaten the businesses and animals that are left.

Meanwhile, as of last week, just over 64% of the continental US was in a drought.  That’s a wee bit of a drop from the record-setting 65% the week before.

By WeatherWatch.co.nz Weather Analyst Howard Joseph and The Weather Channel