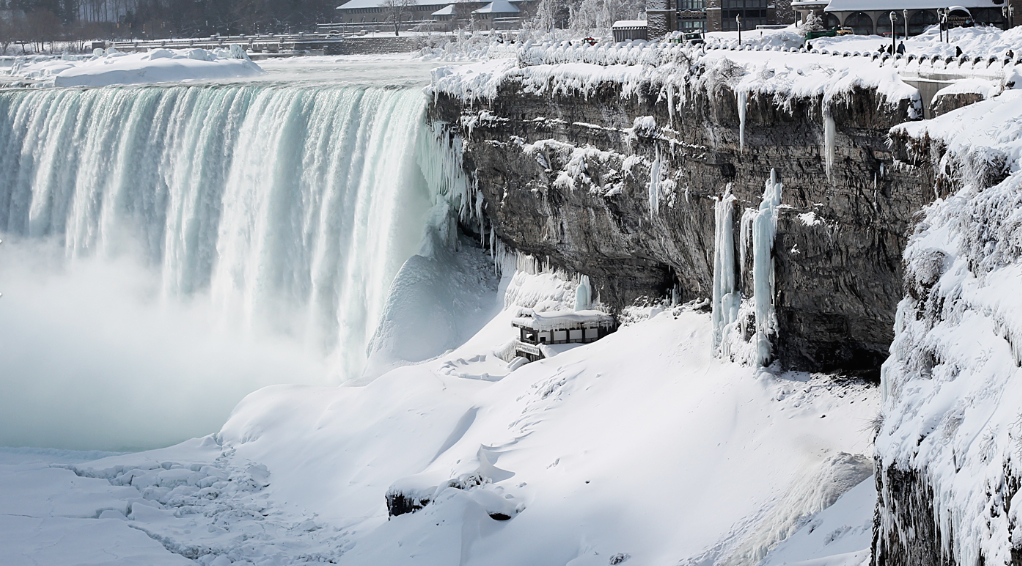 Spring may be imminent but Americans have been warned not to put away their long johns just yet. The eastern seaboard is still being battered by a polar vortex and the sinisterly named Siberian Express blast from the Arctic that have combined to bring record lows.

The extreme cold, which has claimed several lives and frozen over Niagara Falls, is set to continue this week.

“Arctic air… that originated near Siberia remains over the eastern half of the country,” a National Weather Service advisory notice said, warning of “widespread snow and ice”.

Bruce Sullivan, a senior meteorologist with the NWS, confirmed that the US had been hit in the space of one week by both the polar vortex – a pocket of very cold air that usually swirls around the North Pole and which made headlines when it hit last year – and the Siberian Express.

He forecast “higher amounts” of snow for Ohio and western Pennsylvania. “That’s where it looks like the jackpot will be,” he said.

The storm was expected to bring 15cm or more of snow to some areas in the Northeast today. The Weather Channel, which named the storm Pandora, said it would hit parts of the south, midwest and northeast and bring snow to the Rockies.

Boston is still digging out from a series of snowfalls that have left its transit system in chaos.

On Saturday, a passenger ferry became stuck in ice in the city’s harbour and had to be towed to safety by an ice-breaker. Tempers were not helped by an admission from city authorities that a clerical error had wiped from the records 9000 requests for aid in clearing snow and ice.

“It was a mistake,” mayor Marty Walsh told the Boston Globe.

The NWS said Washington’s Reagan National Airport hit -14C while Baltimore’s airport recorded a record February low of -17C. In New Castle, Pennsylvania, the low was an astonishing -28C. In New York the Hudson and East rivers were partly frozen.