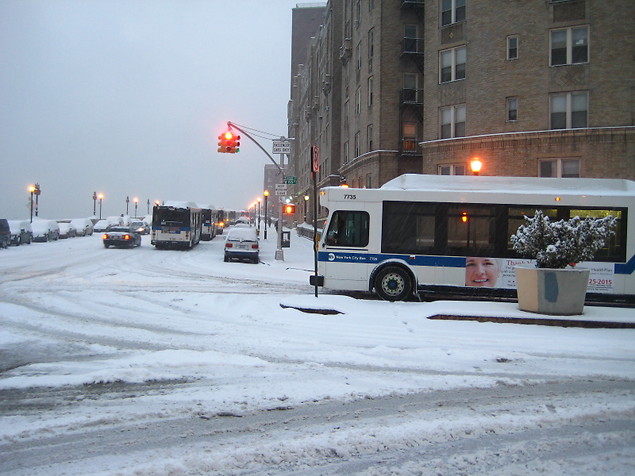 Winter Storm Saturn is set to hang around until the weekend and deliver snow, high winds and rain making conditions difficult.

Saturn will continue to produce snow in parts of the Northeast through Friday with bitterly cold temperatures and icy winds however coastal flooding and beach erosion will also be significant impacts from this winter storm.

North-northeasterly winds at the moment will switch to offshore winds in most areas by tonight.
However this will not come in time to spare another round of potentially serious tidal flooding overnight.

Coastal flooding was observed overnight at several points along the Jersey Shore including Atlantic City and Ocean City. Coastal flooding was also reported along the Delaware beaches and as far south as Norfolk, Va., and even the Outer Banks of North Carolina, with streets and roads flooded. Storm surge of one to one and a half metres was common around the time of high tide.

Widespread moderate and potentially localized major coastal flooding is possible tonight a few hours before sunrise for the Jersey shore and Atlantic coast of the Delmarva Peninsula. This is expected to be the worst high tide of this event, even worse than the previous high tide.