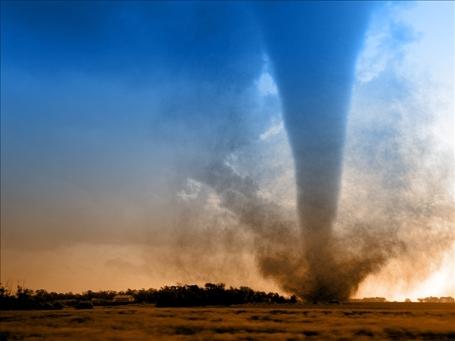 All seven of the people listed missing after a monster tornado on Wednesday have now been accounted for in Granbury, Texas, leaving the death toll at six, authorities said today.

Workers were clearing debris to allow residents of the most damaged areas to return to see the destruction. Volunteers have arrived in droves to help with the massive cleanup effort, said Lonny Haschel, a spokesman for the Texas Department of Public Safety.

The search for survivors is complete and everyone is accounted for, Haschel said. Fifty people were taken to area hospitals for injuries and another 90 were treated for minor injuries at the scene, he said.

About 100 homes were damaged and 66 are unlivable, according to Anita Foster, a spokeswoman for the Red Cross in North Texas.

“It is really catastrophic to see how much damage there is,” Foster said. “You can really tell the powerful force of this storm.”

The tornado, which brought winds of up to 200 miles per hour, was rated an F4 by the National Weather Service (NWS), the second-most powerful level for such a storm.

The Tornado blew homes from their foundations, tossed cars through the air and uprooted trees as it raged through at least four North Texas counties. The worst hit area included dozens of Habitat for Humanity homes, which are built by volunteers for poor families.

The NWS said there were reports of 10 tornadoes touching down in the area.

Granbury, a town of 8,000 people about 60km southwest of Dallas-Fort Worth, took the hardest hit.