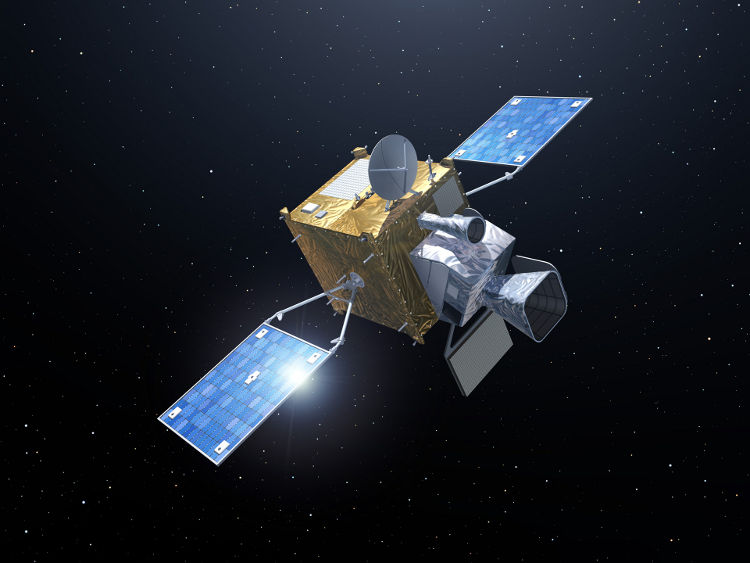 Within the next few years, some of the USA’s aging weather satellites are predicted to deteriorate or fail, which could leave a gap in the data that forecasters use to predict weather.

But now, a private company — Bethesda, Md.-based PlanetIQ — is proposing to bridge that gap: PlanetIQ’s solution includes launching a constellation of 12 small satellites in low-Earth orbit to collect weather data, which PlanetIQ says the federal government could access at less cost and risk than current government-funded efforts.

Anne Hale Miglarese, CEO of PlanetIQ, made this case before the U.S. House Appropriations Subcommittee on Commerce, Justice, Science and Related Agencies last Thursday. She said that using PlanetIQ’s proposal would:

Improve weather forecast accuracy and warning lead times.
Mitigate the risk of harmful gaps in satellite data.
Relieve pressure on existing government satellite programs that are over-budget and behind schedule.
Miglarese added that within 28 to 34 months from the beginning of their manufacture, all 12 satellites could be in orbit. As for the cost, she says, “We estimate that for all U.S. civilian and defense needs globally for both terrestrial and space weather applications, the cost to government agencies in the U.S. will be less than $70 million per year.”

As the satellites collect the data, PlanetIQ would sell the data to government weather services around the world as well as the U.S. Air Force.

The most recently launched polar-orbiting satellite, sent into space by the government in 2011, cost $1.5 billion.

What does the federal government think about the private satellite option?

The looming gap in coverage has the federal government worried: The U.S. Government Accountability Office recently placed this potential data gap on its “High Risk” list, estimating the gap could last 17 to 53 months or more and start as soon as 2014.

According to the GAO report, the government’s satellite programs have “troubled legacies of cost increases, missed milestones, technical problems, and management challenges that have resulted in reduced functionality and slips to planned launch dates. As a result, the continuity of satellite data is at risk.”

“Without observations from satellites that orbit our planet from pole to pole, we now know that the computer model which predicted Hurricane Sandy would slam into the Northeast U.S. five days in advance would have instead showed the storm staying out to sea,” Miglarese testified.

She added that satellites have “revolutionized our ability to observe the three-dimensional atmosphere day and night. Today, more than 90% of the observational data that go into weather models comes from satellites, and satellite data are a major reason that today’s five-day weather forecast is as good as a three-day forecast 20 years ago.”

Indeed, satellites remain the “backbone” of the global observing system, according to new National Weather Service Director Louis Uccellini, who said last week that he’s “concerned” about the possible looming gap in satellite coverage. The data gap would reduce the weather service’s ability to predict the severity of major weather events beyond three days, NOAA spokesman John Ewald said in 2011.

PlanetIQ, which was formed last year, has never launched a satellite. However, Miglarese says that “our strategic investors Moog, Moog Broad Reach Engineering, and Millennium Engineering and Integration have designed and manufactured hundreds of space programs, with great success.

“Private capital is ready and waiting,” Miglarese said last week. “But the government’s culture of build-and-own-your-own satellites and the inability to commit is what’s holding back these job-creating funds.”