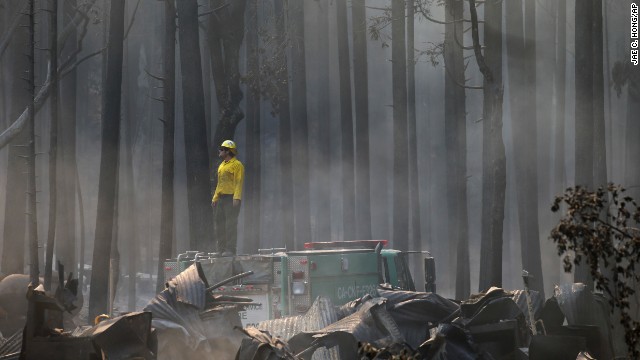 These are scary times for the folks of Tuolumne, a picturesque Northern California community threatened by a historic wildfire.

Fire crews are doing their best, but just a spark or two could send the inferno raging down their canyon and into their town. 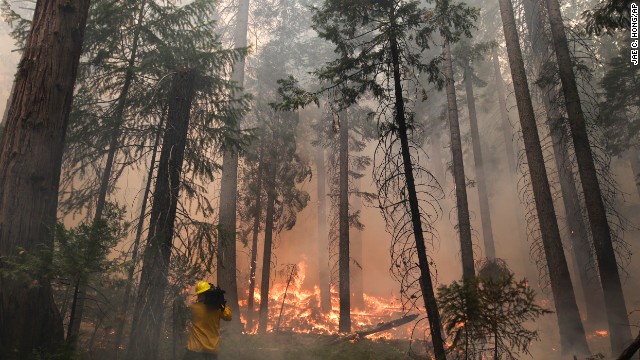 “It is dangerous for them right now,” Cal Fire Division Chief Mike Ramirez said. “When you’re on a ridge like this and the fire is below you, that is a recipe for disaster.”

Tuolumne is on the northern edge of the Rim Fire, a monster of a wildfire that has charred more than 187,000 acres. It’s the seventh-largest blaze in California history, requiring the efforts of almost 4,200 firefighting personnel.

The blaze was 27% contained as of midday Wednesday, Ramirez said, and that number is expected to rise after firefighters set “back fires” Tuesday night, burning out about four miles on the northwestern edge of the fire.

Teams were waiting for the smoke that had settled overnight to rise before determining how effective the back fires had been, he said.

The chief of the U.S. Forest Service, Tom Tidwell, visited some of the 4,000 people working to contain the fire Wednesday and warned that progress will be slow.

“This is going to be a tough fire. It’s going to continue for a few more weeks,” Tidwell said.

In Tuolomne, Laura Murphy was poised to evacuate.

“To be this close is to be scared,” said Murphy, a wildlife rehabilitator who lives in the threatened town with her husband. “But we’re ready; we’re packed; we’ve already moved the animals.”

Despite the threat, the fire is fascinating.

“We will leave when we have to, but it’s amazing to watch,” Murphy said. 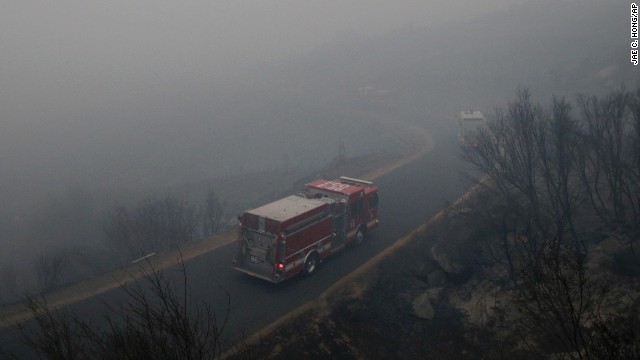 A threat to the Bay Area

Nearby Yosemite Valley and its iconic attractions, including the El Capitan rock formation, currently are safe, miles from the Rim Fire’s reach. However, the blaze was on the edge of the Hetch Hetchy Reservoir, which serves 2.6 million customers in the San Francisco Bay Area.

The fire is wrapping around the south side of the reservoir and extends about 3/4 of a mile past O’Shaughnessy Dam to the south and east. Firefighters are at Hetch Hetchy protecting critical facilities, the San Francisco Public Utilities Commission said Wednesday.

Water quality remains unchanged, despite ash that has fallen on the 459-square-mile reservoir, because the water is drawn from a depth of 260 feet, the commission said.

The commission said it was confident the Rim Fire would not affect the reservoir: “Due to the rocky, granite terrain and limited brush along the perimeter of the reservoir, there is little risk for direct water quality impacts.”

The fire could threaten the area’s hydroelectric generators, which provide much of San Francisco’s electricity.

Because of the approaching flames, officials shut down the generators, and the city — more than 120 miles to the west — temporarily is getting power from elsewhere.

“All of San Francisco’s municipal electric customers continue to be fully supplied; there will be no interruption in electric service,” the commission said. 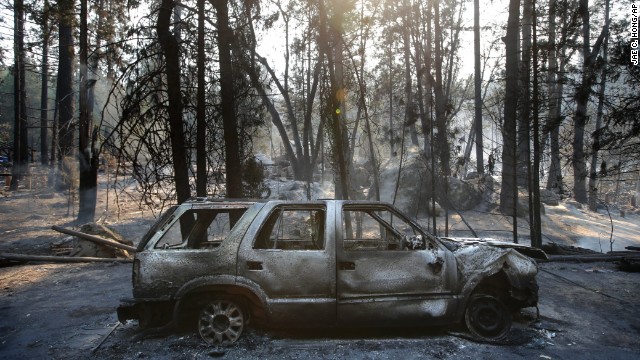 The Tuolumne County Sheriff’s Office, meanwhile, issued evacuation advisories for Tuolumne and nearby Ponderosa Hill, said InciWeb, a federal website that collects information from agencies like the U.S. Forest Service and Bureau of Land Management. It was not clear how many residents were covered by the evacuation advisory.

Evacuations also remained in place for areas south of Highway 120 (including Scotts Ridge), north of Old Yosemite Road and along the Highway 108 corridor between Tuolumne City and Pinecrest.