US: More than 1.3 million customers lack power amid unrelenting heat 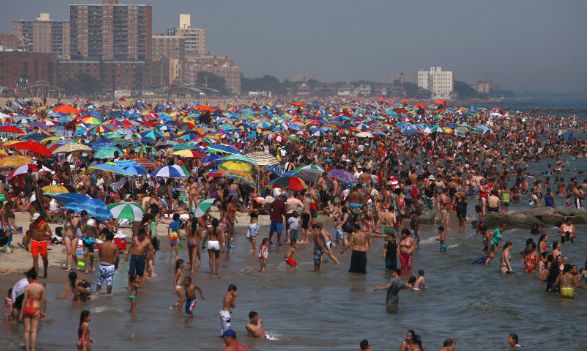 Out of power since Friday, Bethesda, Maryland, resident Jacqueline Hirsch went to the library to seek relief from the heat, only to find hundreds of others had the same idea.

“If you need to charge your phone or you need Internet or anything, you show up here and it’s literally a madhouse,” Hirsch told CNN affiliate WJLA-TV on Monday.

People were sitting on the floor of the library, using every available outlet to charge their laptops and cell phones.

Some of the millions without power after deadly heat-driven storms struck the area Friday flocked to malls, libraries, pools and most any other public place with electricity to seek relief from a massive heat wave blanketing much of the nation.

“He’s supposed to be in camp today, and he’s not because his camp got canceled,” said Pawan Dhingra, who brought his preschooler son to the library. “So we have no power, it’s hot, we wanted air conditioning, charge my cell phone and … hang out with my kid in a place that’s comfortable.”

As of Tuesday afternoon, about 1.31 million customers scattered across 11 states, from Indiana to Delaware, had no electricity, down from about 1.8 million overnight — and a peak of 4 million on Friday night and Saturday, just after the storms hit. A household is considered one customer, so the actual number of people without power is higher.

The total included some 338,000 in West Virginia, 305,000 in Ohio and roughly 248,000 in Virginia, along with about 103,000 in metropolitan Washington, D.C. Utility and government authorities said some residents may not get electricity back until the end of the week.

Extreme heat warnings were issued Tuesday for portion of Illinois, Indiana, Missouri, Kentucky, Ohio and Michigan, with the National Weather Service saying that those areas would be scorched with temperatures near or above triple digits (F).

Heat advisory warnings were in place for a handful of states, including parts of Nebraska, South Dakota, Wisconsin, Minnesota and Iowa.